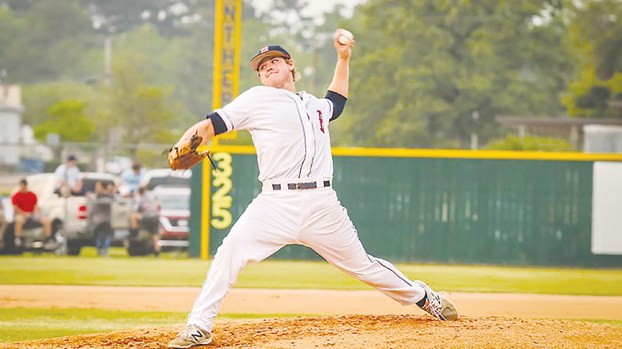 The Brookhaven Panthers traveled to Long Beach Saturday with dreams of keeping their playoff run going.

The Panthers took the early lead but couldn’t keep up with the Bearcats in a 9-2 loss.  Brookhaven ends the season with a 20-9 record.

On Friday night, Brookhaven led Long Beach 3-1 heading into the fourth inning, but the Bearcats took control of the game in the fourth and won 12-3.

The Panthers struck first in the bottom of the first with two runs. With one out and runners on second and third, sophomore Jacob Porter reached second on multiple errors from Long Beach, bringing in the Panthers’ first two runs. Long Beach brought themselves within one in the top of the second. Freshman Kobe Cook reached on multiple errors, bringing in the Bearcats’ first run of the game. The Panthers got the run back in the bottom of the second as junior Clint Stephens hit an RBI single.

The Bearcats took the lead in the top of the fourth by scoring three runs to make it 4-3. With one out and the bases loaded, freshman Kobe Cook hit an RBI sacrifice fly into center field. With two outs, senior Darren Cook nailed a two-run RBI triple.

The Bearcats added to their lead in the fifth inning by scoring four runs and put the game away in the sixth inning, scoring four more runs.

The Panthers had their chances to score, but Long Beach senior Justin Lockey got key strikeouts and ground outs to prevent the Panthers from scoring and held them to just three runs.

Senior Penn Wilson took the loss on the mound for the Panthers. Seniors Tate Walley and Dalton Fortado also pitched in relief for the Panthers. Lockey picked up the win by pitching the complete game and gave up three runs (one earned) on five hits, one walk and 10 strikeouts.