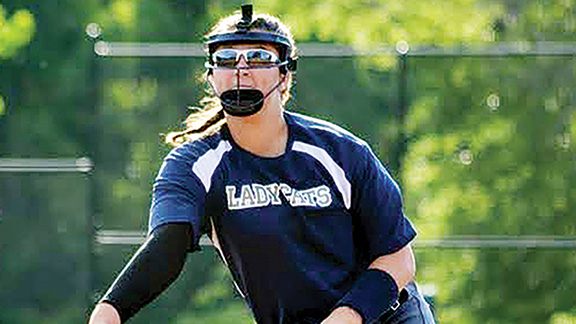 Winners of 13 of their last 14 games including nine in a row, the Lady Cats look to be on a mission, appearing in their ninth South State title series in the last 12 seasons.

With strong pitching from freshman starter Codi Leggett and timely hitting to back her up, the Lady Cats have blazed through the competition since the middle of March.

Now comes their toughest test of the season. Bogue Chitto will face Ethel on the road tonight in the South State title series, an opponent in which they beat back on March 14 by a score of 6-4 in the Kosciusko tournament.

The matchup with Ethel is a rematch of the South State title series from 2016, where Bogue Chitto swept the Lady Tigers 10-0 in game one and 3-1 in game two.

“Ethel is a familiar opponent for us,” Bogue Chitto head coach Scott Leggett said. “They have a good team and are very gritty. We just need to keep doing what we have been doing.”

Bogue Chitto ended up losing their next game of the tournament against Kosciusko by a score of 6-0. Ever since that loss, the Lady Cats went on to win 15 of their last 17 games.

Ethel also comes into the matchup against Bogue Chitto hot at the right time, winning six in a row. During that recent stretch, the Lady Tigers have out-scored their opponents 88-24. After dropping their opening game of their first round playoff series against Mount Olive 20-0, Ethel has scored 88 runs and has won every game since.

Similar to Bogue Chitto, Ethel did not get off to a good start on the season, losing five of their first six games. Ever since then, the Lady Tiger have only lost three games, including the loss to Bogue Chitto in March.

Bogue Chitto has done a good job of doing what they do best during their winning streak, which is strong pitching and always trying to put the ball in play to create opportunities for their offense.

Leggett has been great on the mound, but is battling tough through a knee injury while still pitching. If her pitching keeps up, the Lady Cats have a great shot at another South State title and a chance at redemption for a state championship.

“We focus on keeping the game simple, squaring up on the ball and staying routine on defense,” Leggett said. “We have been blessed with another great season and are thankful to have another opportunity to play in another South State championship series.”

As an every day outfielder and designated hitter for the Tampa Bay Rays, Brookhaven Academy alumnus Corey Dickerson has made... read more