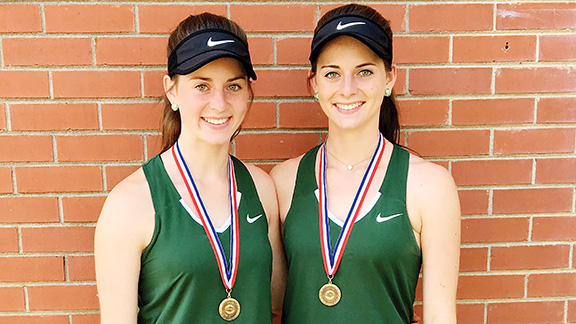 Kara and Katy Clark of West Lincoln haven’t lost a doubles tennis match since the state title match when they were in eighth grade.

Both Kara and Katy Clark blazed through the competition with ease, never dropping a set on their way to the state championship for girls doubles play.

In round one, they defeated Brittany Barnett and Amber Wyland from Enterprise with ease in straight sets 6-0, 6-0.

The duo wouldn’t drop a game in the second round either, taking down Courtney Buffington and Madison Crapps from Pisgah in straight sets 6-0, 6-0.

In the semifinals, the Clark sisters defeated Bella Posey and Anna Taylor from Sacred Heart 6-0, 6-3.

Players on the Brookhaven tennis team advanced in the second round, but fell short in the state semifinals Wednesday afternoon... read more