Candidates in the four aldermen seats, alderman-at-large and mayor are all running as independents so no primary was held. And unlike in Brookhaven, the town’s police chief is appointed rather than elected.

The aldermen races in Ward 3 and 4 have already been settled. Incumbents Billy Ellison in Ward 3 and Michael King in Ward 4 saw no opposition and will keep their seats on the board.

For the mayor’s race, Rosa Harris and Marty Stroud both want to lead Wesson, a town of 1,925 according to the 2010 Census.

The mayor’s job is considered part-time with an annual salary of $12,000.

Harris came to Wesson 12 years ago as an evacuee of Hurricane Katrina.

This is her first foray into politics.

“I see a lot of possibilities for change and improvements around our community,” she said.

Harris wants to see changes made to infrastructure. “Water lines are old in many areas of town and water drainage is causing land subsiding and property problems for some homeowners,” she said. “Many buildings are sitting vacant that the town owns and there are some private properties that aren’t being utilized that have so much potential.”

Her solution would be to tackle the water line project in phases, “while also working on the drainage problems with natural water drainage to keep cost down,  and to help boost the eco-system, help with flood control and help enhance and maintain property value.”

She’d also like to see businesses emerge from young entrepreneurs and retirees. “We have so much talent that together Wesson could be so much more,” she said.

Other ideas she has includes starting a community garden and farmers market.

If elected, Harris said she’ll only take 5 percent of the annual salary for herself. She’d give 5 percent each to American Legion, Wesson Chamber of Commerce, Wessson Public Libray, Wesson Police Department and the Wesson Fire Department. The remaining 70 percent would be used to start the community garden and farmers market, she said.

“My only gain is to help Wesson prosper and grow, it’s about giving and doing for this community,” she said. “Working with the people for the betterment of our town. We need a full-time mayor.”

Stroud, 55, is married to Cathy Stroud. They have three children and five grandchildren. He is of the Baptist faith.

He is a board member with Mississippi Scholars Lincoln County, Brookhaven/Lincoln County Industrial Development Foundation and a volunteer with the Wesson Chamber of Commerce. He’s also involved with the American Trucking Association/ Technology and Maintenance Council.

Stroud is a service operations manager with Walmart Transportation where he’s been employed for 28 years. He’s lived in Wesson for 25 years.

He ran unsuccessfully for mayor in 2005. He’s running again because of his love for the town. “When I first moved to this area I looked for a place to raise my children that was safe, had good schools, activities for youth like little League and dance. When I asked people where to move to, Wesson was the answer I always got.

“I no longer hear that with new people moving in or younger families in the area. I feel Wesson is losing its sense of  community. With so many good people, a good public school plus community college and a great history, Wesson should be a thriving community.”

He said Wesson doesn’t attract homebuyers like it once did.

“Now when you drive through Wesson you see more and more houses for sale and that stay up for sale for long periods of time,” he said. “I want to bring back some of the history of our town, support our schools and programs and reassure everyone that Wesson is a great place to live. I do believe our community is what we as  individuals make it.”

Stroud wants to see residents’ concerns addressed with a sense of urgency, the downtown area cleaned up, repairs made to streets and more support shown for Wesson businesses, athletic programs, the high school and Co-Lin.

“If elected mayor I will make it a point to be approachable, honest and transparent addressing concerns from the citizens of Wesson,” he said. “I will work with the Board of Aldermen to address all concerns in a timely manner and not just the months leading up to an election.”

He said he will work with the business owners and aldermen to improve the look of the downtown area and will apply for all grants and funding available “and make responsible budget decisions to increase our ability to match grants and make good repairs to our streets and roads.”

He will support the Chamber “to support all community events and programs that help make us a better city, I will work to bring the opportunities of the Mississippi Scholars program to our students at Wesson and give them the same advantages as those in students in Lincoln County and Crystal Springs schools. I will work to develop a strong relationship with Copiah-Lincoln Community College that helps to promote our mutual interests.”

Stroud has 27 years of supervisory and management experience with responsibilities for planning and adherence to budgets and explanations of expenses, he said. He has worked with the Brookhaven-Lincoln County Chamber of Commerce for 10 years. He was part of the Walmart State Giving program selection committee for two years and helped review grant requests from all over the state of Mississippi for recommendations and approvals.

“I helped secure a grant for Brookhaven Outreach Ministries for $80,000 and Berean’s Children’s Home building fund for $50,000 in Lincoln County,” he said.

Stroud said he believes character and integrity are important. “I have lived in a way to remain above reproach,” he said. “I have no business or personal interests that would in any way give the perception of conflict of interest in dealing with city business or issues. I have a proven strong work ethic and have shown the ability to envision future needs and work to meet them.”

Shaw, 42, has lived in Wesson for three decades. He moved to the town with his parents as a child. His father was the police chief and his mother was a church secretary. He became involved with the community when he joined the Wesson Volunteer Fire Department when he was 19 years old.

He and his wife Christy have two sons.

He began his career in healthcare as a paramedic, then progressed to registered nurse. He has completed his master’s degree as a family nurse practitioner.

Shaw is involved with the Chamber and also Friends of the Library and the Wesson Lions Club. He and his wife also started a Christian non-profit that raises funds to help combat human trafficking, he said.

He was named by the Mississippi Business Journal in 2013 as one of the top 40 under 40 business leaders in the state.  He was appointed to multiple terms by the governor to serve on the State Board of Nursing and the State EMS Advisory Council.  He served as president of the 2015 Mississippi Municipal League, which represents all of the cities and towns in the state.

Shaw said he wants to continue developing the town’s potential and further its economic options and available amenities.

“As with almost every community, funding is always the limiting factor when addressing certain needs,” he said. “As mayor, we have received over $6 million in grants that have allowed us the development of our first town park, rehabilitation of the old Wesson school, upgraded the downtown sidewalks and lighting, renovated city hall to meet ADA requirements, and invested more than $1 million in our water and waster water systems.

“Considering that our general budget is only around $500,000 per year, these and more projects would never have been possible without the additional funding from the various grants and appropriations.  It is my goal to keep tapping into these funds to help further develop our community, without having to add any burden to the taxpayers.”

Shaw said he enjoys helping others and wants to see the community grow.

“We have also nearly doubled the sales tax returned to us from the state, which is a direct result of the economic development that has occurred over the years,” he said. “I am asking for support for re-election to continue moving our community forward and develop the potential we all know exist. Everything I have done both professionally and privately has been directed towards helping others. I have always tried to give back.  My role as mayor is no different, and my goal is to see our community move forward and develop its full potential.”

Others who will be on the ballot for the general election are: 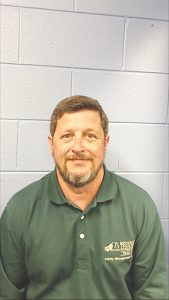 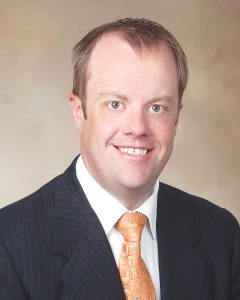 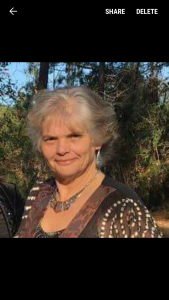 ‘We know that God is in control’

The Harts love Lincoln County. The couple — Gerald and Glenda — love their state and nation as well. That’s what brought... read more