Dreams have become a reality for two high school students heading to Yale University this fall.

Dustin Dunaway, an Enterprise student graduating from the Mississippi School for Mathematics and Science in Columbus, and Trustin Henderson of Lawrence County High School, will make the journey to Connecticut this fall to begin a new chapter in their lives.

When Dunaway made a 35 on his ACT it opened many doors for him. He applied to schools all over the country, including another Ivy League school — Cornell University.

“It’s kind of funny, years ago he brought a poster home of Cornell. He’d come home and stare at that poster and say ‘That’s where I’m going to go to college,” said his dad, Roger Dunaway.

The graduating senior said, “My high school history teacher at Enterprise had a Cornell poster and I’d always tell her that one of these days I’m going to be at Cornell. I never actually thought I’d make it but I knew I wanted to go somewhere big. The day I left Enterprise to come to MSMS, she gave me the poster. I hung it up in my room as a constant reminder to strive and be the best I could be.”

He’s still planning to do his best, but in Connecticut instead of New York.

He plans to major in architecture and history. “The historic and architectural history of Mississippi really intrigues me. After I receive my bachelor’s degree, I plan to continue my education and get my master’s degree. I hope to move to New Orleans when I finish my education,” Dunaway said.

Henderson is also ready to meet the challenge that Yale University has to offer. The summer before his senior year, he completed the Minority Introduction to Engineering and Science, or MITES, at the Massachusetts Institute of Technology.

MITES is a program for students who are passionate about science, technology, engineering or math. Henderson received two director’s awards, which exemplified his character and academic ability. “This program was the single most transformative academic and social experience of my life. The people I met are some of the most interesting people I know and I am fortunate to have them as friends. I encourage more Mississippians to apply for this program,” said Henderson.

Henderson made a 34 on his ACT and was named STAR student. He nominated Janie Blakeney as STAR Teacher in the Student-Teacher Achievement Recognition program sponsored by the Mississippi Economic Council.

“Being selected as STAR teacher is a humbling experience,” said Blakeney. “Trustin is one of the most academically successful students Lawrence County has had the privilege of teaching. As a young man entering the next phase of his education, Trustin’s choices have been influenced by his strong desire to transform the world and the society in which he lives.”

Henderson said, “I’m thankful for my grandparents, parents and friends for being supportive of my endeavors, ambitions and my love for reading growing up. While at Yale, I intend on majoring in either mechanical engineering or astrophysics. I hope to be heavily involved in Yale’s undergraduate Aerospace Association and next summer I hope to assist with research characterizing exoplanetary systems with Yale’s Department of Astronomy.” 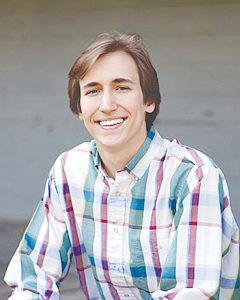 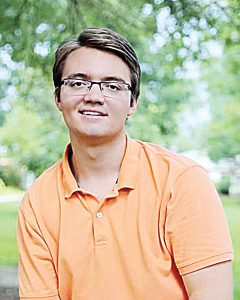 Location is the burning question: City officials are looking for the best place to build replacement fire station

Brookhaven will build a new fire station, it’s just a matter of where and when. The question of how to... read more