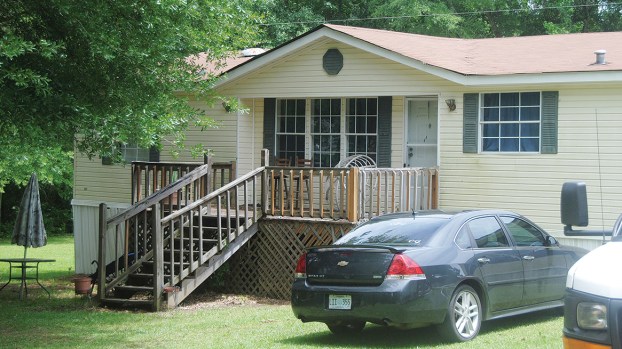 One man’s path led him to a career as a peacemaker. The other’s was marked by violence.

Lincoln County sheriff’s deputy William Durr, 36, was one of eight victims killed in a shooting spree Saturday and Sunday. He had responded to a disturbance call in Bogue Chitto, where he found Willie Cory Godbolt and his wife’s family. Durr and three others were allegedly shot to death by Godbolt, who is accused of shooting four more individuals at two additional locations, in addition to kidnapping a teen that he eventually freed.

Durr grew up in Loyd Star, where he played on the football team. He chose a career in law enforcement, serving four years with the Brookhaven Police Department and two with the sheriff’s office. He also was an amateur ventriloquist who performed at church events and schools.

He was an outspoken Christian who sought to impact others’ lives for the better.

“William Durr was a wonderful husband, father, son, brother, son-in-law, brother-in-law and uncle to our family. He was a terrific friend to many. He served his Lord with his entire being. His love for others was portrayed in his service in law enforcement. William enjoyed life because he truly wanted to be a blessing to others,” his family said in a statement. “William had a love for young people. He served various churches in numerous positions. His work with preschoolers, children, youth and college students rendered dividends many will not fathom. Only God Himself knows the true extent of William’s kingdom work. His service to God was not reserved for Sundays alone. Time and again, William would share God’s love to those he encountered while serving as a deputy sheriff or police officer. He would take the time and pray for those in need of God’s love and peace.  His love for others knew no boundaries.”

“There was never a negative word that came out of his mouth,” Porter said. “He was what kept everyone else looking up and thinking positive. He was always witnessing to people and telling them how much he loved the Lord. He wanted people to be close to the Lord.”

Durr’s passion for making children smile was well known. He was profiled in a 2014 Daily Leader newspaper story for his puppet work. He did puppet shows for children’s church and other events. He had an interest in ventriloquism since he was a boy.

“When I was eight years old I had a Charlie McCarthy ventriloquist puppet,” he said in 2014. “I loved doing that and practiced with it a lot.”

He performed at Brookhaven Academy in May.

Durr was set to give the bride away Saturday when he sister Megan Durr marries Lawrence County High School coach Adam Cook. He was even planning to perform the nuptials, said his mother, Debbie Durr.

The wedding will go on. That’s what the deputy would have wanted, his family said.

“He was just a neat guy,” Eubanks said. “He was very likable, very polite. Always ‘yes sir’ or ‘no sir,’ just an all around good guy.”

Durr played football for the Hornets in the late ‘90s and Eubanks recalls him being an intimidating person because of his size.

“He was a pretty big person, he was a very powerful looking figure. If you looked at him, you may think this guy is a tough guy,” Eubanks said. “He was tough in his way but I think people learned later in his life with his purpose and activities with children, he truly had a very soft side.”

Eubanks’ friendship with Durr continued after their Loyd Star days. While Eubanks was the principal at Enterprise Attendance Center, Durr was working at the sheriff’s office and would come by the school to visit and do walk-throughs. They would talk about their time at Loyd Star.

“We are all going to sit here and ask why,” Eubanks said. “What he was Saturday, was what he was 20 years ago — he was a good guy, had a good heart and wanted to make a difference.”

Godbolt’s life took a different path. When he was 17, his father Chris Godbolt was shot to death by his ex-wife, according to court records. The woman who got a 20-year sentence in the case was not Willie Cory Godbolt’s mother, friends of the family say.

According to the police report, Chris Godbolt was shot around 4:09 a.m. Nov. 15, 1999, at the 503 South First St. home of Beverly Howard as she was preparing to take him back to his home in Bogue Chitto. Howard was a friend of Chris Godbolt’s and the two had been to church earlier that night.

Following an investigation, police learned the weapon used was Godbolt’s service revolver, which Joyce Godbolt had taken from the officer’s home.

Sterling served alongside Chris Godbolt on the Brookhaven police force. His fellow officer was also a pastor, he said, and had recently been installed to lead the congregation at Mt. Zion M.B. Church not long before he was fatally shot.

Sterling, who has known Willie Cory Godbolt since he was a boy, said the young man started to change after his father was killed.

“That’s when I really started to see a change in him. I don’t know if he ever dealt with it,” he said.

Sterling said the signs had been there recently in the confrontations he said Godbolt has been in with family.

He said he believes Godbolt had a “deep emotional mental breakdown that should have been addressed a long time ago.”

In the years after his father’s death, Willie Cory Godbolt had several run-ins with the law, many of them involving violence. Last June, his wife accused him of choking and punching her, and putting his hand down her mouth so she couldn’t scream, court records show.

In the last four years, Godbolt has been cited repeatedly for making threats or assaulting family members and others. He was convicted after punching a man and pushing a woman out of the bleachers at a football game in October 2013.

Godbolt’s in-laws, the May family, pressed charges against him multiple times, with Godbolt being convicted of death threats in November 2015. He allegedly killed Tocarra May, 35, her mother Barbara May Mitchell, 55, and her aunt Brenda May, 53, all of Bogue Chitto, during his shooting spree.

His wife, Sheena Godbolt, obtained a restraining order against her husband last June after accusing him of felony domestic violence. Sheena Godbolt swore in court papers that her husband harmed her “by punching her in the stomach repeatedly and by choking her. She states he also put his hand down her mouth where she couldn’t scream for help.”

Sterling said after Chris Godbolt was killed, his brother took on the father-figure role for Willie Cory Godbolt. Then he died unexpectedly.

This his grandfather, Willie Godbolt, who Sterling called “The Mayor of Bogue Chitto,” died.

Sterling said he believes Willie Cory Godbolt, if found guilty, deserves to be punished for his crimes. However, he said, Godbolt and his family also need prayers. He would like to be able to minister to Godbolt.

“We’re Christians. We can’t pick and choose who we forgive,” he said. “We don’t hope that (the courts) let him off. He was conscious of what he was doing. But there were some underlying factors that added to it.”

“It’s something that’s making everyone think what do we do about mental illness,” Sterling said. “Mental illness is real. There could very well be another Cory out there, just planning.”

Willie Cory Godbolt is scheduled to make an appearance in Lincoln County Circuit Court July 26. The hearing will be a part of Justice Court but has been moved to the circuit courtroom for space reasons. If found guilty Godbolt could face the death penalty or life without parole for the capital murder charge. First degree murder can carry a penalty of life in prison with the eligibility of parole.

If it’s true that there is strength in numbers, Lincoln County showed how strong it can be Wednesday at Easthaven... read more