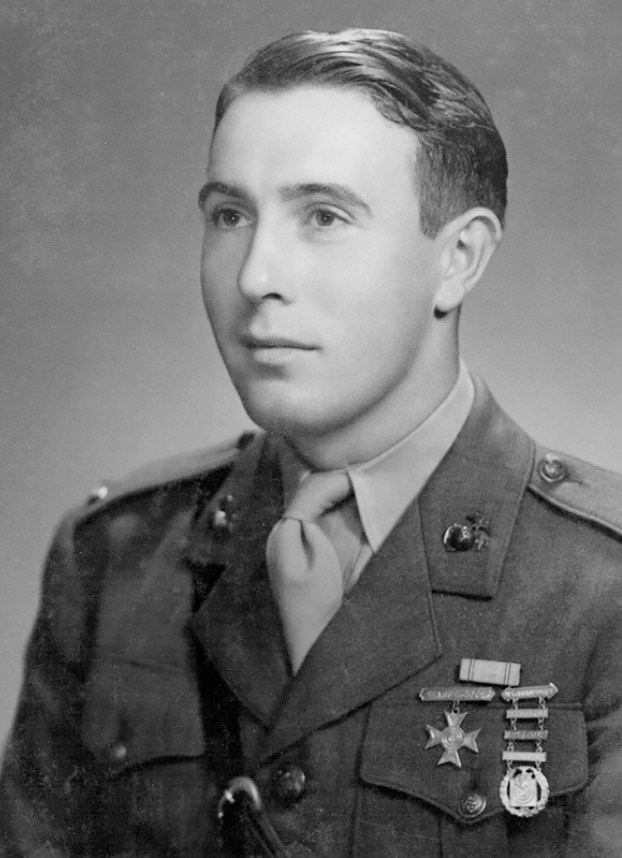 Graveside service for Jesse E. “J.E.” Brister, of Bogue Chitto, are Friday, June 9, 2017, at 11 a.m. at Brister Cemetery in Bogue Chitto. Riverwood Family Funeral Service in Brookhaven is in charge of arrangements.

Mr. Brister, 97, died Tuesday, June 6, 2017, at King’s Daughters Medical Center in Brookhaven. He was born Sept. 10, 1919, to Gene Brister and Lena Hodges Brister east of Bogue Chitto on what is now Pricedale Drive. He grew up there graduating from Bogue Chitto School in 1936. He had sung with various groups and continued this at Co-Lin with the Quartet and Glee Club. After working briefly in Jackson and Houston, Texas he returned to Brookhaven where he played on the Brookhaven Laundry Suds softball championship team. He enlisted in the United States Marine Corps in October 1940 rising in rank to sergeant, and then commissioned second Lieutenant with less than two years of service. He deployed to the South Pacific in January 1942. He participated in action at Guadalcanal, Tarawa and Saipan, with time spent in Samoa, New Zealand and Hawaii. He was wounded at Saipan and after almost six months in the hospital, he was assigned as instructor at the Marine Corps schools at Camp Pendleton, California, then Quantico, Virginia. He was released from active duty to reserves in 1946, retiring as a lieutenant colonel. He was of the Baptist faith.

After release from the Marine Corps, he worked for the Santa Fe railroad in Southern California for 10 years as trainman and conductor. He was then supervisor with Orinoco Mining Company in Venezuela for five years. He returned to Jackson, purchasing and operating a service station for about 18 years. He and his wife Patty moved to Oklahoma City for five years where they both retired. After a brief stay in Meridian, they settled in Crossgates Brandon. They traveled until Patty’s health became a problem. She passed away in 1998. He then moved to Brookhaven in 2003.

In lieu of flowers, memorials may be made to Brister Cemetery, Bogue Chitto.