BARL is searching for summer spies

The camp, which runs each morning from June 26-30 titled “Spy Academy: Agents for Protecting All Creatures,” is not necessarily a huge fundraiser for the organization, but rather an opportunity to raise awareness and educate students about animals in need.

Bertha Williams, of Brookhaven, has been associated with the camp long before she became its director this summer. Her daughter, Amya, attended the camp eight years ago as a camper and this year is helping as a counselor. Williams said the camp offers a fun week of activities and exposes children to more than just dogs and cats.

“We have several very interesting guest speakers coming to show students different types of animals and talk about their care,” Williams said. “But, of course, we will have some of our dogs that are available for adoption visit with us as well.”

The volunteers with BARL hope the camp generates more interest about the organization but also helps a dog or two find a forever home.

“It has happened before that a dog who visited with us at the camp ended up going home with a family,” Williams said. “That is always a happy ending, if it happens.”

Children aged 4 to 11 years old can attend the camp, while older kids can volunteer as camp counselors to earn community service hours. The camp will be held at the Exchange Club Park under the large pavilion from 9 am until noon. The cost of the camp is $75 per child. This includes a camp T-shirt, daily snack, crafts and all activities.

Visiting guests will bring some of their animals to discuss animal care and safety. Speakers will cover wildlife, horses and farm animals, service animals and search and rescue dogs.

“The goal of the camp is to teach children how to appreciate, care for and help protect all animals,” Williams said.

Williams said another benefit of the camp for the organization is that many times campers become volunteers for BARL, helping with either camps or other events that the group hosts during the year. BARL hosts adoption day events around Brookhaven several times a year, attends Ole Brook Festival in October and organizes BARK FEST in early April. The group also hosts a celebrity dinner in October to raise funds for overall operations.

“These few days give the campers, staff and animals an opportunity to focus on the wonderful gifts that each have to offer the other through education, interaction and hands-on contact,” said Lu Becker, a longtime BARL volunteer. “Those gifts include unconditional love, loyalty, teamwork and trust — all valuable lessons to share.”

Randall Smith, who works part time with BARL, said the camp fills a need in Brookhaven for an extra activity in the summer. So it is beneficial to both the organization and to those attending.

“The camp is another way that BARL reaches pout into the community to increase awareness of its purpose,” he said. “It’s a fun opportunity for kids who are looking for something constructive to do while school is out.”

Williams said she is expecting about 30 campers this year and registration is still open, even up to the day of the event. Volunteer counselors can also still sign up to help. Registration forms for the camp are available at the BARL Adoption Center off Industrial Park Road (near Delphi), at Pet Sense or through the website www.barl.net. 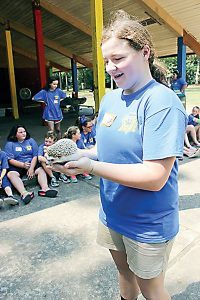 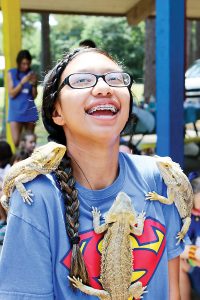 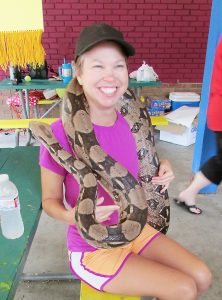 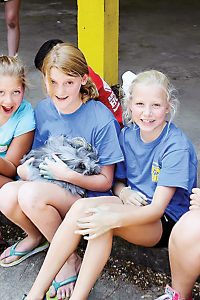 Eric Boyd and Michelle Arnold announce the engagement and upcoming marriage of their daughter, Leah Boyd, of Brookhaven, to Cameron... read more