Jimmy Moreton to be laid to rest Saturday

A Brookhaven man who helped get the Lincoln County Republican Party up and running is being remembered as someone who was a patriot and a leader.

“Jimmy Moreton exemplified the very best of the American spirit through his patriotism, willingness to help others and dedication to our community,” said Cindy Moore, president of the Lincoln County Republican Women. “Jimmy fought a great fight through the years while facing the challenges of Parkinson’s disease. He will be remembered as a kind and generous man of strong character, a friend, a mentor, a diplomat, a business and community leader, and one who kept his word and honored his commitments. He will be greatly missed by all.”

“We were friends but like many other politicians throughout the state, I always asked for his wisdom and guidance,” she said. “The old joke is Jimmy Moreton founded the Lincoln County Republican Party when it was so small we could have met in a phone booth. I don’t believe Lincoln County would be what it is today without his insight and love for Brookhaven. He will be so missed.”

“Brookhaven would not be the same if Jimmy Moreton had not loved the city the way he did,” Bryant said. “He was a fine individual and I am proud to call him a Mississippian.”

Moreton earned a degree in mechanical engineering from Mississippi State University and was a member of Kappa Alpha Order Fraternity. He served in the U.S. Air Force and was founder and CEO of First Federal Savings and Loan.

Moreton was an Eagle Scout and was a member of the Order of the Arrow, the National Honor Society of the Boy Scouts of America.

He also was a recipient of the Silver Beaver award, which is a distinguished service award given on the council-level. Recipients of this award have made an impact on the lives of youth through service given to the council.

He was a member of the Lions Club and earned the Lion of the Year award. He was past-president and board member of the Lincoln County Chamber of Commerce and was a delegate to the 1964 National Republican Convention. 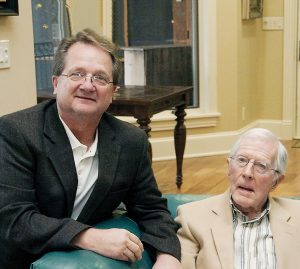 The murder trial for a registered nurse accused of killing a toddler has been postponed to September. Jamaal Brown is... read more