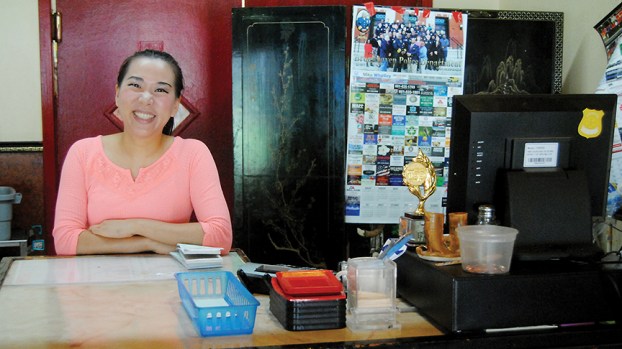 Driving down West Congress Street in Brookhaven, you’ll notice a restaurant that has been thriving in the same location for over 40 years.

Golden China is a family-owned restaurant and continues to serve up good eats after all of these years.

Longtime manager and owner Ken Chow retired a few years ago and asked his niece Anna Lin to take over for him. Chow has since moved back to San Francisco to be closer to family.

Lin, originally from Fujian, China, moved to the United States when she was 11 years old.

“I’ve lived in San Francisco, New York, Indiana, Orlando and now Brookhaven,” said Lin. “I helped different family-owned restaurants — waiting tables or being the hostess and also did home school while moving to these different places.”

According to Lin, her uncle searched for a long time throughout the United States to decide where he wanted to open up his restaurant.

“One day Ken stopped in Brookhaven and loved it,” she said. “He searched for a long time and decided this is where he wanted it to be.”

“We make everything fresh,” Lin said. “It’s a traditional buffet-style restaurant, you can also place to-go orders as well.

“I remember when Ken called me to come here. He wanted to see if I would like to work here,” said Lin. “He was wanting to retire and wanted to hand the restaurant off to me. I was scared at first because I was from a big city. There was an adjustment period but now I love it. The people are great. It feels more personable.”

Angela Smith has worked with Lin since she took over the business.

“I love working with Anna. She’s great,” said Smith. “It’s a cool town and it feels like family. We know everyone that comes in here.”

The business is closed on Sundays.

Rev. Greg Warnock hadn’t planned to be a full-time minister and didn’t have his sights set on Brookhaven, but God... read more