Rev. Greg Warnock hadn’t planned to be a full-time minister and didn’t have his sights set on Brookhaven, but God did.

Warnock will mark 20 years as pastor of First Baptist Church on Sunday. He and his wife, Terri, will be honored during the 10:30 a.m. service. A reception will also be held at 3:30 p.m. in the church’s fellowship hall.

A native of Savannah, Georgia, Warnock had no ties to Mississippi when he felt that God was calling him to minister in the state.

But Warnock was convinced this was where God wanted him to move his wife and two sons, Jay and Scott. The first pastor in his family, he wasn’t expecting full-time ministry to be his career.

“I don’t have any background of ministers in my family. None,” he said. “The calling to ministry is humbling.”

Associate Pastor Jeff Doremus feels blessed to have worked with Warnock for over a decade.

“His genuine concern for people and willingness to go the second, third and fourth mile with others has greatly endeared him to people throughout Brookhaven and Lincoln County,” Doremus said. “He and his wife, Terri, have become integral members of the community.”

The pastor has served longer in his tenure at First Baptist than any of the other 13 men who have held the position. But Warnock is certain he is not the reason for his longevity at the church.

“I work for the ‘home office.’ I’m the least likely person to be pastor of First Baptist Church, Brookhaven,” Warnock said. “We serve at God’s pleasure and at the church’s pleasure. I just try to be faithful at my post.”

Though he remains loyal to the Georgia Bulldogs, Warnock’s love for Mississippi and its people is evident to those who know him.

“Most of all, he follows the direction God leads him as a person and a pastor,” said Doremus. “He is genuine.”

“He is also a great preacher,” Doremus said, adding that Warnock’s preparation and effort is evident as he “delivers the word God has given him.”

Warnock repeatedly talked about what a humbling experience it is for him to be in the position he has occupied since he moved to the city in mid-June 1997.

“As time passes,” Doremus said, “I believe he will be remembered as one of the — if not the — finest pastor to have served at First Baptist Church, Brookhaven, Mississippi.” 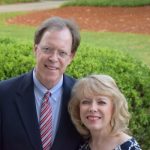 The unemployment rate for Lincoln County continues to drop. At its lowest point for the 21st century, the rate stood... read more