Attorney General Jim Hood announced Wednesday the arrest of a Brooklyn, Mississipp,i man who was charged with two counts of child exploitation.

Eugene Rhodes, 58, was arrested at his home Tuesday by investigators with the Attorney General’s Cyber Crime Unit with assistance from the Perry County Sheriff’s Office. He was booked in the Perry County Detention Center prior to his initial appearance before Judge Carl Griffin.

If convicted of both charges, Rhodes faces up to 80 years in prison and $100,000 in fines. A charge is merely an accusation, and a defendant is presumed innocent unless and until proven guilty beyond a reasonable doubt in a court of law.

This case was investigated by the Mississippi Attorney General’s Internet Crimes Against Children Task Force. 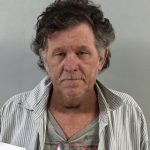 U.S. marshals located in Jackson two suspects wanted by Brookhaven police in connection with a burglary at the C-Store on East... read more