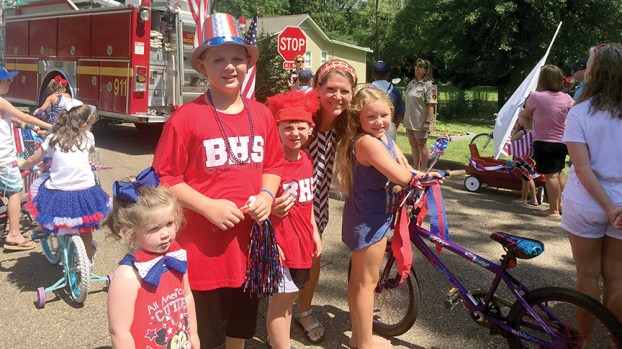 Families on Storm Avenue plan to dish up more than ice cream and watermelon at their Fourth of July block party.

They’ll be serving up some nostalgia, too.

Sam Sones remembers attending the block parties as a kid. Then he grew up and moved away. Now that he’s living on Storm Avenue again, he wants his children to have those same memories. So Sones and his neighbors organized a block party for the Independence Day holiday last year. It was so successful, they’re planning to do it again, but on a larger scale.

Most of the families on Storm Avenue will host some sort of activity in their yards like a dunking booth, waterslides and a lemonade stand, he said.

It’s designed to be a party for residents in the Storm Avenue neighborhood and their friends and family who want to participate. Each family attending is asked to bring a side dish or desserts to share and their own beverages.

“It’s created to be a Brookhaven event for anyone who knows about it or remembers it and wants to come,” he said.

Sones believes the block party started in the ‘70s. He fondly recalls the neighborhood parade that was the highlight of the event.

“I had tons of memories as a kid growing up going to the parade,” he said.

One of the first yards on the street will be the parade prep area. Kids are encouraged to bring their bicycles and adults should bring golf carts to decorate for the parade, which will start about 11 a.m. on the end of Storm Avenue near Church Street.

There will be different activities featured at each yard. One will have a watermelon theme, with cold slices to eat and a watermelon seed spitting contest at a specific time.

Farm Bureau, where Sones is an agent, will be setting up the big grill in his yard. He and the other agents will be grilling hamburgers to go with the sides participants provide. There will also be grilled corn on the cob, he said.

Sides and desserts will be lined up on a few tables in the street.

There will be a patriotic-themed photo booth in one yard, while another family will host a parfait station with ice cream and fresh blueberries.

One of the larger yards will be the site of a 25-foot waterslide.

“Probably the biggest waterslide on the street there,” he said.

Another yard that has a sloping hill will have an inflatable slip and slide, he said.

There will also be a small inflatable water slide in a yard with a toddler area.

One yard will offer face painting, another will have a snow cone stand.

A volleyball net will be set up in another yard.

U.S. marshals located in Jackson two suspects wanted by Brookhaven police in connection with a burglary at the C-Store on East... read more