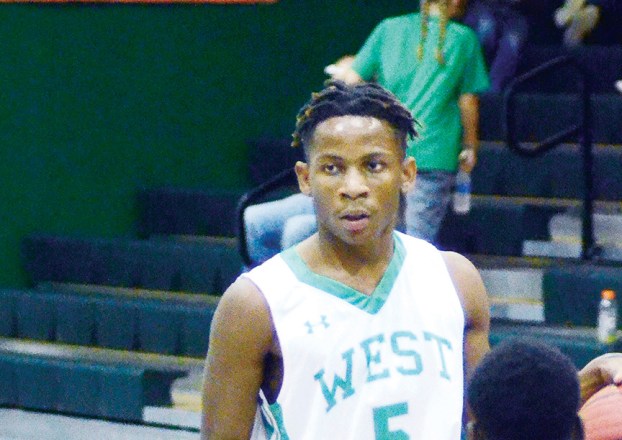 West Lincoln senior running back and defensive back Le’Darrius Jones overcame a lot to make it to this point.

During his sophomore year in 2015, the West Lincoln Bears entered their matchup against Sumrall with a 1-2 record. In the third quarter, Jones caught a pass out of the backfield and cut towards the middle of the field. He hurdled a defender and was immediately taken out from underneath and fell awkwardly on his ankle and fractured it.

The injury was frightening for Jones at first, but he fought through the pain and anxiety to make it back onto the football field.

“At first I was really nervous trying to come back. I didn’t want to risk getting injured again,” Jones said. “I felt like the first couple of days I could practice again, I just forgot about it and I pushed myself even harder.”

Jones came back last season in his junior year and suffered a minor knee injury, which sidelined him for a couple of weeks.

Last season was Jones’ first full year playing for West Lincoln and he is over the fear of injury and ready for a big senior year.

“For me, I wanted to get more physical as a back, put more work to get a scholarship and push myself even harder,” Jones said. “I expect better things from myself compared to last season.”

West Lincoln ended the 2016 season with a 2-8 overall record.

With a new head coach coming into the picture, Jones hopes to see a different result from last season and hopefully a playoff appearance.

“We’re better, stronger and faster compared to last year,” Jones said. “I expect us to be better in everything we do. I think the playoffs are a reasonable goal for this year.”

BJ Smithhart is the new head coach. He brings to West Lincoln a winning pedigree rom coaching at St. Aloysius in Vicksburg.

Smithhart aims to change the culture and build West Lincoln into a winner once again.

Jones and senior wide receiver Chase Owen are the two leaders who the younger players will look to when the fall rolls around.

Jones and Owen have had chemistry for a long time playing both football and basketball for West Lincoln.

That chemistry will all come together in their senior years as the duo will look to build a new culture and program with the guidance of Smithhart.

“Me and Chase are really cool since we’ve been playing together for a bit,” Jones said. “Chase pushes us really hard, especially during football season. He’s a fiery guy and he’s a great teammate to be around.”

The senior is fully healthy and ready to go for one more run with the West Lincoln football program.

In his final year, Jones has been named to the Primetime 23.

“It’s awesome making the Primetime 23, especially after my first full year of playing football,” Jones said. “I’m excited about this and I’m ready to get to work.”

The Primetime 23 recognizes the 23 best football players for the 2017 football season in the area. Brookhaven rising senior... read more