Dear friends in the Brookhaven community,

It will be two years on July 6, since the murder of our sister, Bridget Hall. This is yet another appeal from us (her family) to the Brookhaven community to please let law enforcement know if you’re aware of any information that will lead to the arrest of her killers.

Our faith in God remains steadfast, and we have relied on His word to guide us. As written in Psalm 121:1-5, “I will lift up mine eyes unto the hills, from whence cometh my help. My help cometh from the Lord, which made heaven and earth. He will not suffer that foot to be moved: he that keepeth thee will not slumber. Behold, he that keepeth Israel shall neither slumber nor sleep. The Lord is that keeper the Lord is thy shade upon thy right hand.” By God’s grace, we know someone in our community will step up and help bring justice in our sister’s case.

Due to statewide media coverage of Bridget’s murder and the fact that this tragedy was once the talk-of-the-town in Brookhaven, many of you know the story and probably know it better than we do. That said, there is really no need to repeat the narrative, but for the sake of bringing home our point of how adamant we are in our fight for the arrest of Bridget’s murderers, we’ll give a short version of the story.

Bridget was at home on her sofa watching TV with her youngest son between 10:30 p.m. and 11 p.m. There was a knock on her door (by cowards). When she opened the door, they shot her several times.

She died instantly from her wounds in front of her children — a haunting reality that should move any person with a conscience to want to find Bridget’s murderers. Let’s not forget the murder which took place in Brookhaven the day before Bridget’s life was taken. Again, the details surrounding her death are no secret, so it’s well known that the previous day’s event brought on our innocent, sweet sister’s murder, and a clear act of revenge. Those of you who knew Bridget can attest to what a loving person she was. Yes, she had her flaws but nothing deserving of being gunned down like an animal.

The news coverage has ceased, and the talk-of-the-town is no longer centered on Bridget. However, we, her family, are still grieving. We, her family, are still fighting. To know that killers, capable of plotting a murder on an innocent mother of four, remain free on the streets of Brookhaven is agonizing. Not only did they plot Bridget’s murder, but they carried it out and covered it up with lies.

Luke 8:7 declares “For nothing is secret, that shall not be made manifest; neither anything hid, that shall not be known and come abroad.” They are walking around as though they merely stepped on a bug running across a floor. For individuals to do this and continue to live among the rest of the citizens of Brookhaven is a danger to the whole town. This alone should have the people of Brookhaven in an uproar. This fight should not be one taken on by just the London-Hall family. It should be a collective effort by the God-fearing residents of Brookhaven.

We, as Bridget’s family, are at a crossroads, and we’re making the only turn that we know to take at this point. That is to turn to the citizens of Brookhaven and surrounding areas. Our hometown that we love has always shown our family love. We are begging for help in bringing justice to those who are responsible for the murder of Bridget Hall.

Again, we are asking the Brookhaven community to please let law enforcement know if you’re aware of any information that will get these cold-blooded killers off the streets and in prison cells where they belong. Our baby sister is worth the effort and so are other Brookhaven residents, whose lives are at stake as long as those responsible continue to wreak havoc on the town. 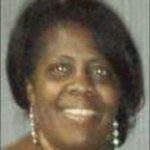 Dear Agriculture Secretary Sonny Perdue, U.S. Department of Agriculture I just wanted to let you know that not everyone in... read more