Rushing is replacing Rob McCreary, who will be federal programs coordinator. Rushing, a McComb native, brings many years of experience to the school. He just finished his 22nd year in the public school system in Mississippi. For the past five years, he has served as the federal programs director for the Brookhaven School District.

“My wife is an educator as well. She is currently at North Pike High School,” Rushing said. “You don’t get into education unless you love to work with children and watching them grow. That’s the most fulfilling thing about being an educator.”

Rushing, a graduate of McComb High School in 1988, received his bachelor’s degree from William Carey University, his master’s from Southern Miss and has a doctorate in educational administration from Southern Miss. He has worked at several different schools throughout the state — Holly Springs, South Pike, Waveland and Meridian high schools, and North Pike Middle School.

Before coming to Brookhaven in 2012, he served as principal for North Pike Middle School for six years.

Although Rushing said he enjoyed his job, the move to Mamie Martin comes at the right time.

“When you get to the district level you’re overseeing programs at every school and you’re indirectly impacting students,” Rushing said. “You don’t get to see the students every day and see how they’re doing. I really missed that. I’ve been here for five years and I just thought this job was a wonderful opportunity.”

“When our kids leave here and go to Brookhaven Elementary, I want them to be able to read, write and know their basic math. Our focus is going to be literacy, which is reading and writing and math fluency,” Rushing said. “I want them to be prepared to take the third grade reading assignment that they have to take in the third grade in order to move on to the fourth grade.” 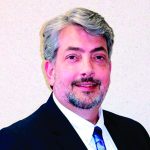 The new alderwoman for Ward 6 wants to see the corner of North Jackson and West Congress streets cleared of... read more