A woman wanted by Brookhaven Police for dragging an officer as she fled a traffic stop was captured in Lowndes County and returned to Lincoln County Monday.

Tiffany Michelle Smith, 38, a Brookhaven native whose address is listed as 2315 Northhaven Drive in Columbus, was arrested Sunday at 5:54 p.m. at 7803 Hwy. 182 East, according to the Lowndes County Sheriff’s Office. She was picked up by Brookhaven police officers Monday afternoon.

A Brookhaven Police officer attempted to make a traffic stop of a 2005 Nissan Murano with an out-of-county tag Saturday afternoon on Old Hwy. 51, Police Chief Kenneth Collins said. The driver, identified as Smith, took off when the officer approached the car.

The officer was treated and released at King’s Daughters Medical Center for her injuries, Capt. Clint Earls said.

Smith will likely be charged with aggravated assault on a police officer, Collins said.

Smith was living on Jackson-Liberty Road in Wesson in 2014 when she was charged with DUI, disorderly conduct, resisting arrest and careless driving by Mississippi Highway Patrol. She was released on bond.

Lincoln County Steve Rushing said Smith has a warrant out for a misdemeanor probation violation on a DUI charge. 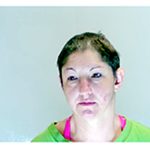 The boardroom where the Lincoln County Board of Supervisors usually discuss their business was unusually quiet Monday. The supervisors, except... read more