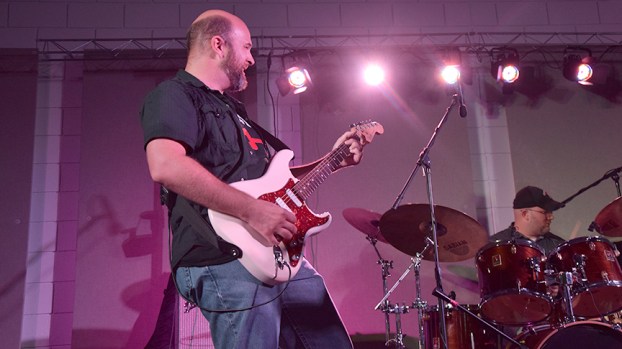 Photo by Bill Perkins/Tyler Bridge plays on stage with his band, The Bridge Band, at 2016’s Brookstock festival. The Bridge Band will close out the final performance of the Brookhaven Summer Concert Series on July 28.

Get ready to rock out.

The Bridge Band will close out the final performance of the Brookhaven Summer Concert Series July 28.

This was the series’ first year. The product of the Brookhaven Tourism Council was a major success, with artists performing in May, June and July. Ghost Town played May 19 and “American Idol” contestant Lindsey Cardinale performed June 23.

Tyler Bridge, owner of Brookhaven Music & Sound, and member of The Bridge Band, is excited to be the last band performing for the series.

“We’ve had a very busy music festival year,” Bridge said. “We try to play stuff that people can get up and move around to. I like seeing people dancing and enjoying themselves.”

The Bridge Band consists of Tyler and his brother Nick Bridge. The drummer is Ron Donegan and the pianist is Shellie Smith. The band has been together for several years. Each band member shares vocal duties.

Recently the band performed at the Atwood Music Festival, Tri-State Rodeo and will be performing at Brookstock this weekend.

“For years, my brother and I have been the house bass player and drummer since the beginning of Brookstock,” Bridge said. “I played at the very first Brookstock years ago. We’re also excited for our band to have a spot to play in it this weekend.”

Brookstock XVII begins Thursday and will continue throughout the weekend. The Bridge Band will perform Saturday at 8 p.m. at the Brookhaven Building at 1154 Belt Line Drive.

“Brookstock is primarily a classic rock audience,” Bridge said. “We will be doing a lot of classic rock songs. I try to find songs that people tend to forget about, but as soon as they hear it will click with them.”

“We’ve got it going on downtown. If you drive around to other cities in the state and go to their downtown, they’re ghost towns,” Bridge said. “As long as people keep supporting these events, we can find sponsors to keep sponsoring it. It takes money for production and to get good bands.”

Bridge credits city officials and the Brookhaven Police Department for helping the series’ organizers put on such great events.

“I would love to see something like this happen once a month on a regular basis. As opposed to just limiting it to summer,” Bridge said. 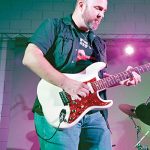 Photo by Bill Perkins/Tyler Bridge plays on stage with his band, The Bridge Band, at 2016’s Brookstock festival. The Bridge Band will close out the final performance of the Brookhaven Summer Concert Series on July 28.

Bishop: ‘We all need to go somewhere’

Tillmon Bishop spent nine days in a spot even hotter than Mississippi in July. And more humid. Bishop, the Lincoln... read more