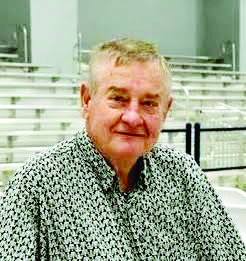 Family members and past players remember coach Gabe Terrell for his caring attitude, his positive coaching approach and positive outlook on life.

The long-time head basketball and baseball coach throughout Lincoln County died Wednesday morning at the University of Mississippi Medical Center in Jackson after suffering a heart attack at the age of 73.

Funeral services for James Gabriel “Gabe” Terrell, of West Lincoln, are Saturday at 10 a.m. at Brookhaven Funeral Home (Natchez Drive) with burial to follow at Easthaven Cemetery in Brookhaven.

He was a Mississippi All-Star coach for boys and girls basketball in 1977 and 1989.

A lasting impact was made on the lives of the players he coached during his tenure with each school. Players remember Terrell for his positive style of coaching and the family atmosphere he created for each school.

“He was a great motivator as a coach and he was always positive with his players,” Matt Shell, who played baseball for Terrell at Brookhaven, said. “All he did was smile, make you laugh and just cared for you. He was a great guy and everyone in the area loved him. He was just a great guy with a great family that he cared for deeply.”

It’s been 30 years since Shell played for coach Terrell, but those experiences  still live with him today.

“He was easily the best coach I’ve ever played for,” Shell said. “There are so many good times and stories I’ve had with coach Terrell. He was just a character that always made you smile and laugh. Just a character and a great guy.”

Terrell’s daughter-in-law, Christi Terrell, the girls’ head basketball coach for Bogue Chitto, took away many coaching principles from her father-in-law and still applies them to her team to this day.

“He loved each player he had the pleasure of coaching and he set a great example for me,” Christi Terrell said. “He believed in his players and students and wanted them to believe they could do anything they put their minds to.”

It wasn’t just his coaching that made a lasting impact on people’s lives, but his loving personality and passion for his family that made him so well known in the community.

“I’ve never heard anyone say a bad word about coach Terrell,” Shell said. “He loved his family, loved life and loved his players. That’s what he cared about.”

“He loved his grandkids more than anything,” Christi Terrell said. “He enjoyed spending time with them and watching them participate in sports and activities.”

Ole Miss playing with nothing to lose