Cupstid, 28 at the time of his arrest, was accused of striking Hudson with a blunt object. Although the indictment handed down by the grand jury suggested the act was not premeditated, it did ultimately lead to Hudson’s death.

Cupstid faces 20 years to life in prison, if convicted.

According to court records, Dr. Mark Webb performed a psychiatric evaluation and at a competency hearing held in October, Mercier was declared competent to stand trial.

Trial was originally set for Feb. 14 before being rescheduled to May 9. Mercier is set to appear for trial before Strong on Aug. 8.

Todd Williamson will appear before Strong on Aug. 3 for an omnibus hearing on charges of telephone harassment — his third offense.  His trial is scheduled for Oct. 17.

Kelvin Devon Reed will also appear on Aug. 3 for an omnibus hearing before Strong, on charges of false pretense. Trial is scheduled for Oct. 17.

Devin Barlow has the same dates scheduled for omnibus hearing and trial, on charges of possession of firearm by a felon.

Randy Allan Horton’s case on three counts of welfare fraud was continued in February, and will come up for a status report on Aug. 3.

Brandon Graves’ case was continued in May, with a status report scheduled for Aug. 3 on charges of failure to support minor children.

Kristi L. Brister is scheduled to appear for trial before Strong on Aug. 8 for failure to support minor children. In May, Brister was granted her last continuance, according to Strong.

William Lee Wallace’s trial is scheduled for Aug. 8 on charges of burglary of a truck by a habitual criminal, and two counts of possession of a firearm by a convicted felon/habitual criminal.

Alana Collette Russell’s trial for accessory after the fact to burglary is set for Aug. 8.

Thad Tibbs is scheduled to appear before Strong for trial on charges of uttering forgery on Aug. 8. 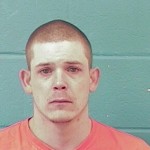 Heritage Hills Orphan Ministry has a chance at $10,000

A Brookhaven non-profit organization has a chance to win $10,000. Heritage Hills Orphan Ministry has been chosen by the Brown... read more