Brookhaven police are looking for a Bogue Chitto man wanted for a shooting in the parking lot of Piggly Wiggly Thursday afternoon.

“Mr. Brothern is a wanted fugitive in an incident that involved the discharge of a firearm and has been charged with six counts of aggravated assault,” he said. “If you have information as to the whereabouts of Mr. Brothern you are asked to contact the Brookhaven Police Department at 601-833-2424 or any law enforcement agency.”

Anyone with information about Brothern’s location can also call CrimeStoppers at 601-823-0150. Tips leading to an arrest may be eligible for a cash reward.

Earls said witnesses reported that Brothern left the parking lot at the grocery store on West Monticello Street in a gold Chevy Tahoe about 5 p.m. He advised individuals to contact the police immediately rather than attempt to detain the suspect. 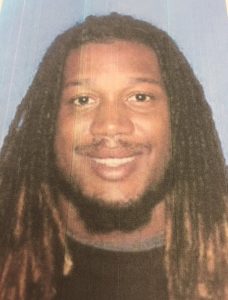