We would like to send a special thank you to Bobby and Linda Guarduno for their love and friendship as well as Johnny LeBlanc, adopted daughter Samantha Thompson and her daughter, Alivia.

Memorials may be directed to Wounded Warriors.

Visit harkeyfunerals.com to sign the guestbook or leave a personal note for the family. 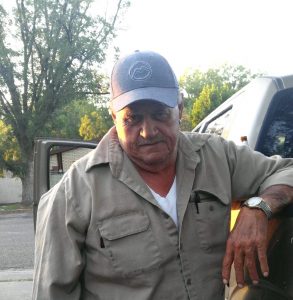