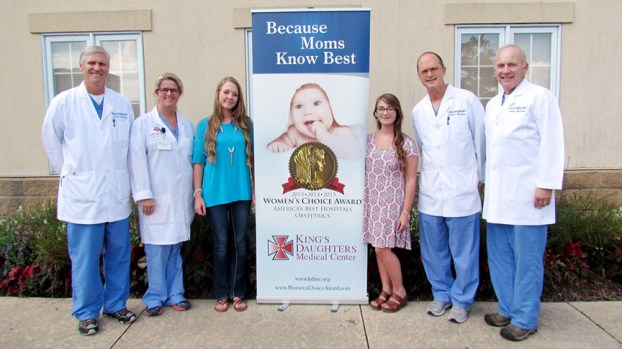 Walk for an Angel 5K will be Saturday in Brookhaven

Besides being sisters through marriage, Sandy Freeman and Courtney Martin share another bond. They are both mothers who buried their infant children.

It’s not something many women who have gone through it talk about, Freeman said.

“It’s so hush,” she said. “We decided we needed to do something here to bring all the families together.”

After Martin heard about a 5K while on vacation, they set out to organize one in Brookhaven, enlisting the help of Michelle Case.

The goal of the Walk for an Angel 5K is to bring awareness and to provide support and education for those who are suffering or may know someone who has suffered a miscarriage, ectopic pregnancy, stillbirth, neonatal loss or the loss of an infant. They chose October because in 1988, President Ronald Reagan proclaimed the month as National Pregnancy and Infant Loss Awareness Month.

The race will be Saturday in front of Lipsey School starting at 8:30 a.m. Registration begins at 7:30 a.m.

The cost is $25 for adults and free for children 12 and younger.

Freeman said the proceeds from the race will be donated to the KDMC Labor and Delivery nursing supervisor to distribute to volunteers who generously donate photography sessions and crochet clothing and special items that are given to grieving parents of pregnancy and infancy loss.

She said several labor and delivery nurses at KDMC have used their own money to purchase boxes for parents to put personal effects in after a child’s death.

“We are two young mothers who know the pain associated with infant loss all too well and we have a passion for helping other grieving parents,” Freeman said.

Martin is married to Freeman’s brother.

Freeman went into preterm labor at 20 weeks with her daughter, Annleigh, who was born Aug. 21, 2016.

“We are forever grateful for the love shown to us and want other grieving parents to be blessed through the anonymous donations of photography of their child, crocheted clothing for their child and other items given to them while a patient at KDMC,” Freeman said.

For the race, Freeman has created one-of-a-kind painted trophies for first, second and third place winners. Children in the fun run will receive medals.

The women were expecting about 50 participants in this first race, but were surprised to have more than 120 people register already. She said that even those who haven’t experienced the loss personally know someone who has.

“Even the people who haven’t lost babies are still coming to show support,” Freeman said. “It’s so unbelievable.”

She said that since her own loss, she’s found that it’s difficult for families to talk about such a devastating topic. She and Martin hope that this 5K can open up the conversations.

“I feel like doing this has brought a lot of people together and are letting them have a voice,” she said.

As the walkers compete in the race, they’ll pass “angel accolade” signs in pink, blue and green that can be purchased and inscribed with a child’s name. Signs will be available for purchase during registration Saturday.

“Whenever parents and families run through to get to the finish line, they’ll be able to see their baby’s name on the sign,” she said.

Participants will be given their sign after the race.

Freeman has received calls from mothers who lost children some time after their birth. Those women and families are welcome to participate also, she said.

“It’s a community,” she said. “No matter what type of child loss it is, everybody’s welcome.”

BATON ROUGE, La. (AP) — Ten people will be arrested on hazing charges in the death of a Louisiana State... read more