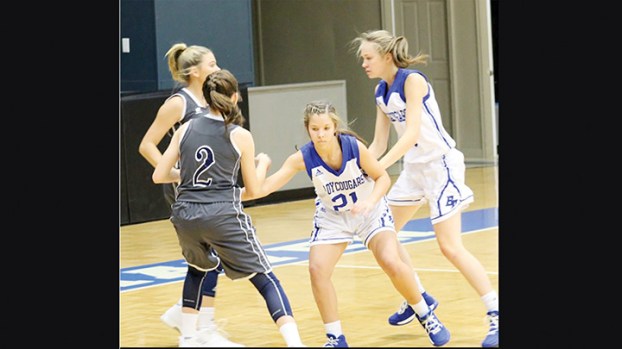 Every student in a Brookhaven Academy basketball jersey walked away from Saturday’s afternoon showcase a winner, as all four BA teams cruised to easy victories over Amite School Center.

The varsity boys completely outmatched the visiting rebels, winning their game 61-17, a 44-point margin. Ethan Nations led all scorers with 11 points, and Tanner Thurman was three for three from behind the arch for a total of nine points. Cade Brown, Tate Felder, Cade Hodges and Luke Jackson each scored eight points, sharing numerous rebounds and steals among them.

The varsity girls performance was just as dominant. The Lady Cougars beat the she-Rebels 62-31, using a fast attack to control the opening half and take a 35-18 lead into halftime. Amite’s attempts to get back in the game in the second half were held at bay. Kailyn Jordan led Brookhaven Academy with 14 points, while Cameron Watson was close behind with 13 points and six steals. Jana Case scored 11 points, while Cassie White hit from three-point range twice for six points. Case grabbed eight rebounds.

The younger kids did their parts, too.

The academy’s junior high boys doubled up the smaller Rebels, winning 54-27. Trey Fortenberry led the home team’s scoring with 14 points, while Tyler Fortenberry and Gavin Brogden had nine points each.

The Cougars will be back in action at John R. Gray Gymnasium this evening against East Rankin Academy. Five games are on the schedule, beginning with seventh-grade girls at 3 p.m.

The second of three Ole Brook football players expected to take snaps at a major college next fall has announced... read more