A Lincoln County man who allegedly shot an acquaintance over a land dispute this weekend was picked up by deputies Tuesday night during a traffic stop.

Andrew Hammond, 29, will likely be charged with aggravated assault and possession of a weapon by a convicted felon, said Lincoln County Sheriff Steve Rushing.

Hammond has been on the run since the shooting Saturday about 3 a.m., Rushing said.

“Deputies located him on Bogue Chitto Road and did a traffic stop on his vehicle,” Rushing said.

The victim, who Rushing said is a “friend of a friend” of Hammond’s, was treated at King’s Daughters Medical Center then transferred to University of Mississippi Medical Center for surgery for injuries to his leg. 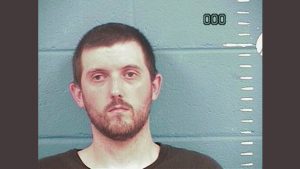