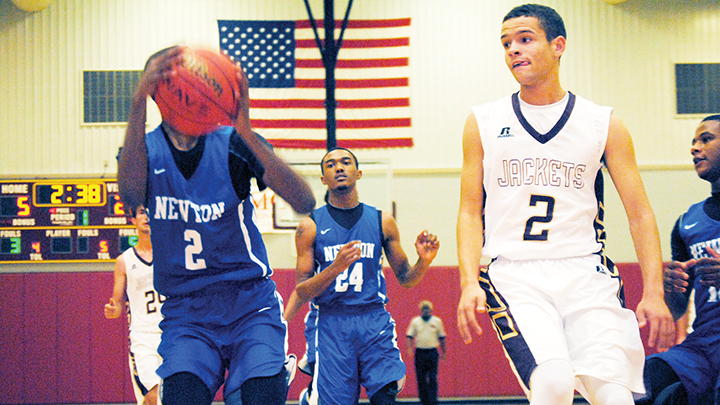 Running behind fast-paced offenses and quick defenses, both Newton squads went into the locker rooms at halftime in control of their games, leaving the Jackets and Lady Jackets little opportunity to mount comebacks.

“We knew coming in how good both the girls and boys of Newton are. That’s one reason we invited them to come and play, and give us an idea of where our teams are at,” said Enterprise coach Shane Adams. “At the end of the day, the important thing is that we get better. The real season starts the first of January when we start district.”

The Lady Tigers started their game hitting an 11-point run before the Lady Jackets were able to find the net. Despite being down, the Lady Jackets chipped away at Newton’s lead and found themselves trailing by 11 points at the end of the first quarter. Newton’s offense came out on fire in the second period and built up a 31-12 lead going into halftime.

In the boys’ game, Newton hit a five-point run before Enterprise was able to find the net. Newton’s speed on offense and defense set them up with a 29-11 lead at the end of the first period. The Tigers continued to use their speed in the second half to rack up points, but Enterprise hung in as they slowly chipped away at Newton’s lead. Newton took a 46-21 lead into halftime.

The Tigers’ offense exploded in the third period, taking an insurmountable 69-29 lead into the final period. Down by a large margin in the fourth, Enterprise once again began to slowly chip away at the lead, but Newton’s defense stepped up and secured an 83-37 victory.