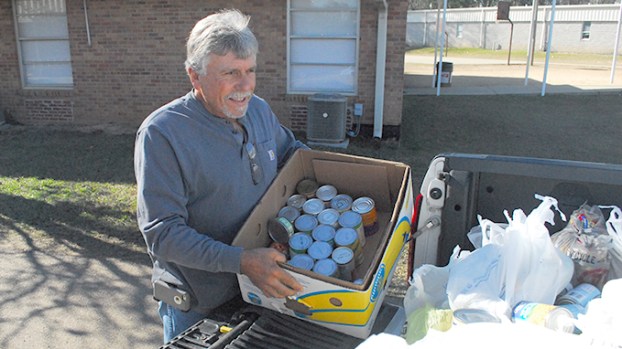 St. Vincent de Paul gives to those in need

Saint Francis of Assisi is famous for his Christ-like, charitable verve, and the Brookhaven church that bears his name is following — rather industriously — in his altruistic footsteps.

The charity, located on First Street, once operated out of a garage. But, according to pantry coordinator Jim Bonner, area support has consistently enabled St. Vincent de Paul to expand its mission.

“It’s been a slow process, but we’ve really grown,” he said. “Long-term, we’d even like to get a soup kitchen going.”

Fueled by monetary and food donations, the pantry depends heavily on volunteers.

“We’re under St. Francis Church, but we’re semi-autonomous,” Bonner said. “It’s completely volunteer-based, and all the money we receive goes directly into the charity. Nobody collects a paycheck.”

He said it feels good to help the needy, and it motivates his team to know they’re making a difference.

“Some people come in, they’re between jobs and they’ve just hit a rough patch,” he said. “Then, we serve other people on a regular basis. We never judge those we serve based on their clothing or the vehicle they drive.”

Lincoln County has rallied around the food pantry since it began. Bonner said anytime the charity starts to run low on supplies, someone miraculously comes through with aid.

“We have other churches in the area that give to us, and Mission Mississippi helps us, too,” he said.

Even though Christmas is a time for giving, charities like the St. Vincent de Paul food pantry need help year-round.

“It’s important to give throughout the year,” Bonner said. “We can always use monetary donations or food, either one, no matter what time of year it is.”

The St. Vincent de Paul Ministries food pantry distributes supplies on Friday mornings. Anyone interested in receiving aid or making a donation can contact the organization at 601-833-2709.

“We just want to thank the community as a whole for all their support,” Bonner said.

The 14th annual Holiday Food Pantry Drive is a joint effort between Bank of Brookhaven and The Daily Leader.

In the past, individuals have donated more than $10,000 annually in support of the drive.

Supporters have the option of donating anonymously, as a business, as an individual or in honor or memory of someone. The food pantry drive ends Dec. 15.

Contributions are accepted at both The Daily Leader and Bank of Brookhaven. Checks can be made out to Holiday Food Pantry.

Donations can be mailed to P.O. Box 551, Brookhaven, MS 39602, and they will also be accepted at the front desk of the newspaper office. Holiday Food Pantry donations will be published in The Daily Leader as they come in.

Contributions to the Holiday Food Pantry can also be mailed to the bank, given to bank cashiers or donated through the drive-through windows.

Wreaths Across America to pass through Brookhaven

Thousands of wreaths — each one representing a fallen member of the armed services — will be trucked through Brookhaven Thursday... read more