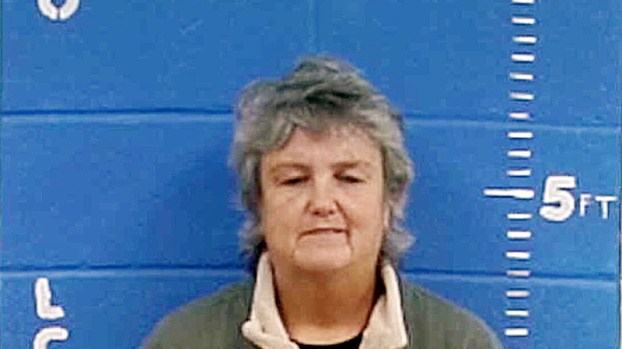 Melissa Posey, 54, of Bogue Chitto, who has been vocal on Facebook and at Lincoln County School Board meetings about the problems she sees at county schools, was picked up at her home about 6:30 p.m.

Rushing said the county’s Department of Human Services pressed charges against Posey, who they claimed would not release an 8-month-old girl that was at her home.

Rushing said it appears that Posey’s nephew is the child’s father and had been granted custody by DHS. The two were allegedly staying at Posey’s home until Posey made the nephew leave. Rushing said DHS claimed Posey would not give up the child.

Rushing said the infant is now in DHS custody.

Soon after her arrest, Posey posted messages to her Facebook page from the patrol car.

“Dhs filed charges against me for kidnapping. I’m in the patrol car now. She was at my home deemed safe by dhs the whole time,” Posey wrote.

In April, Posey admitted she taped more than 600 hours of conversations involving Loyd Star Principal Robin Case and her staff and planned to turn those over to the FBI.

Posey spoke at a school board meeting  April 3.

“I want you to know that there’s hope,” she said. “The people that want to find fault in me because I’ve spoken what I know is fact, try to put your head right and try to get on the same page as the other parents are, for children. It’s all about the children. It’s not about who does what harm. If you do things wrong and you call children idiots, I’m going to call you out. But I will try to do it the best way I can. And I believe I’ve done that.”

Posey said during that meeting that she and her attorney met with two FBI agents for three hours at the Lincoln County Sheriff’s Office.

She said she decided to record conversations with Case and others so she’d have proof to back up her claims that the special needs programs at the schools, specifically Loyd Star, need to be investigated and improved.

Posey uploaded portions of the taped conversations onto Facebook.

Two people are hospitalized in Jackson in serious condition after a shooting Monday night that is believed to have stemmed from... read more