Before they make a donation, Mississippi’s Secretary of State urges residents to check out where their money is going and his office is making that research easier.

Lincoln Countians who want to donate to those in need this holiday season can research critical financial and other information about charities on the Secretary of State’s website, www.sos.ms.gov/charities.

“Our citizens are the most giving in the nation, and many choose to donate this time of year,” Delbert Hosemann said. “We want to be a resource to make sure those generous donations reach those who need them the most.”

“Checking your charity helps ensure your hard earned donations are dedicated to advance the core charitable purpose or mission of the organizations you support,” he said. “Disclosure of charitable revenue and spending exposes unscrupulous groups who might prey upon the generosity of our citizens by lining their pockets under the guise of selfless motives. Additionally, transparency in financial reporting promotes the good work of credible organizations who are responsible stewards of your financial contributions and other support.”

Charities soliciting funds in Mississippi must be registered with Hosemann’s office and a quick search through the recently published Report on Charitable Organizations in Mississippi show dozens of charitable organizations in need of funding. The report outlines the financial information of charities registered in the state, including the percentage of charitable funds actually spent by a charity on its charitable purpose. It focuses on fiscal year 2016.

Many of the organizations soliciting funds in Lincoln County show a high percentage of their expenses going toward charitable purposes.

Brookhaven Animal Rescue League brought in nearly $172,000 that year, spending nearly $158,000. Only $4,300 went to fundraising expenses and only slightly more, $4,900, was used for administration costs. A whopping 94.09 percent of BARL’s expenses are for charitable purposes.

Brookhaven Trust for the Preservation of History, Culture and the Arts topped that with 90.9 percent of expenses put toward charitable purposes.

The group that raises money through the annual Taste of the Trust to fund projects in Brookhaven reported $29,063 for total revenue versus $29,407 for total expenses in FY 2016. The Trust spent just $2,122 on administrative costs.

The Darlene Slater’s Rehabilitation Center for Women, known as The Doll’s House, shows total revenue for that year at $128,533 with total expenses at $134,120 and administrative costs at $17,414. The report shows Doll’s House with 84.28 percent of expenses for charitable purposes.

Not all charities in Lincoln County hit the threshold of 65 percent that is recommended by consumer organizations, according to the Secretary of State’s report.

Hosemann, in releasing the report, said that there are some instances when an organization won’t hit the recommended percentages.

“For example, newly created organizations may have higher administrative expenses due to start-up costs; and large gifts or donor restrictions on the use of contributed funds could skew an organization’s apparent management of funds in either a favorable or unfavorable light,” he said.

The information published in the report provides contact information for registered charities that are authorized to solicit donations from Mississippians.

If anyone questions the numbers in the report, Hosemann encourages them to call the charity and ask.

Susanne Smith, executive director of Habitat for Humanity of Lincoln County, welcomes inquiries about the charity.

On paper, the report shows only 3.82 percent of expenses were for charitable purposes in FY 2016, but those numbers don’t tell the whole story, she said.

“In that year, we didn’t build a home so therefore we still have that money,” she said. “We do good to do one every two years.”

Smith said instead of building a house this year, volunteers repaired two homes for individuals and are working on a third. The group also voted to donate a corner lot in the Brignal community to the city for use for a park.

“We are reinvesting money as we can,” she said.

Smith said volunteers will be building someone a home in June. Habitat will be taking applications Jan. 1, she said.

Rev. Jerry Durr of Brookhaven Outreach Ministries said he’s not sure why the Secretary of State’s report shows the Brookhaven charity with only 35.31 percent of expenses going for charitable purposes.

Durr said the administrative costs cover the rent, utilities and all costs on the building on West Court Street, which also houses the chapel where Durr preaches services and holds prayer meetings.

He said the ministry “didn’t have that much income coming in last year at all.”

The ministry will be hosting its Christmas outreach this week. More than 200 families will be coming through to get boxes of food and turkeys donated by Faith Presbyterian Church. Some of the families with children will also get items for the youngsters.

“We’re trying to get more toys for the kids,” he said.

Lorraine Ezell is concerned that the Secretary of State’s office shows her charity, About the Master’s Business Ministry, with 8.41 percent of expenses being used for charitable purposes.

“Anyone who knows this ministry can vouch for what we do,” she said.

She also does a ministry with nursing homes. Her ministry pays electric bills, furnishes clothes and even hotel stays for those in need.

“We meet the needs as they come to us,” she said.

That’s probably why the numbers are askew, she said.

Some months there are a lot of needs, but some months they don’t get as many requests. But every month requires that they pay rent and utilities to keep the thrift store open three days a week. The store, however, is a huge part of meeting those needs for others, she said.

The items donated to the ministry are sold at low prices, but those who truly can’t afford items don’t pay for them. Blankets and clothes are often given to those who need them, she said.

“That’s what the ministry does,” she said.

Ezell said that she’s a good steward of the funds that are donated.

“First, I have to answer to the Lord. It’s not my money, it’s the Lord’s money,” she said. “I have to give an account to more than just man.” 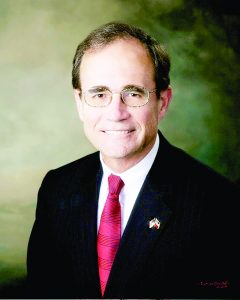 With all the joy that circulates through the month of December, Kimberly Williams looks forward to Christmas all year long.... read more