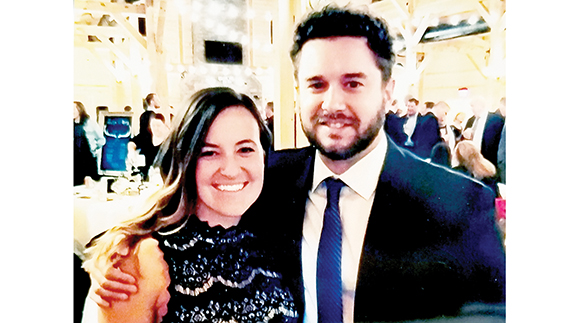 Mark and Cathy Davis of Brookhaven, along with Paula Arnold of Mitchell, Indiana, announce the engagement and upcoming marriage of Nikki Lynn Arnold, of Nashville, to Benjamin Mark Davis, of Nashville.

The bride-elect is granddaughter of Jerry Arnold of Mitchell, Indiana; the late Wanda Bultman; the late Herbert Grissom; and the late Barbara Pruett.

Miss Arnold is a 2008 graduate of Mitchell High School, and a 2012 and 2014 graduate of Lipscomb University.

She is employed as an admissions counselor at Rolling Hills Hospital, in Franklin, Tennessee.

Mr. Davis is a 2002 graduate of Brookhaven Academy and a 2006 graduate of Mississippi State University.

He is employed as a sales representative for Match Eyewear.

John and Robin Sherman announce the engagement and upcoming marriage of their daughter Shelby Sherman, of Oxford, to Jamison Powell,... read more