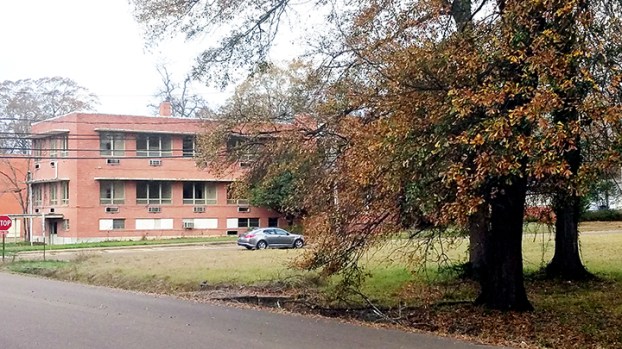 Photo by Donna Campbell/A lot owned by the city will likely become a community garden that will increase the bounty at area food pantries.

A Brookhaven man is putting his faith in folks with dirty hands.

Pat Nelson is organizing the Brookhaven Community Garden with the help of area gardeners to create a place for weeders and sowers to piddle along the rows.

The Brookhaven Board of Aldermen have approved Nelson’s concept for the garden, which will be developed in a vacant lot on Jackson and West Congress streets that belongs to the city. However, irrigation work and tilling can’t be done until the board approves the project. That will likely happen at the Jan. 2 meeting, he said.

As soon as it’s a go, the Brookhaven Community Garden Facebook page will go live.

Participation in the garden will be first come, first served and gardeners will be given a yearly contract for either a 90-foot row or half a row. The garden includes 17 full rows. If the gardener demand exceeds the row supply, a lottery season will be used to assign rows and half rows prior to each planting season. Gardeners in good standing from the previous year have first option on the same row.

There is no charge to “adopt” a row, but gardeners are required to give half of the harvest to one of the area’s food banks, he said. They also agree to clean up “their” row at the end of the planting season, or no later than immediately after the first frost, and return it to the pre-planting condition.

Gardeners must adhere to a few other rules to participate as well. Gardeners must keep their row weeded and attractive to passerby and must not intrude on each other’s assigned spaces.

Produce from the community garden cannot be sold or bartered.

An irrigation system, which will likely be donated, will be kept locked and activated only by one of the five volunteer coordinators. An email announcement will be sent out the day before to allow gardeners the opportunity to hoe, weed and pick in non-muddy conditions, he said.

Gardening in a community also has a social value.

“Every one will get to know each other and it will be a place to gather,” he said.

In exchange for the use of the land, the Brookhaven Community Garden organization will keep the grass cut. They also plan to eventually put in a walking trail around the perimeter of the lot, he said.