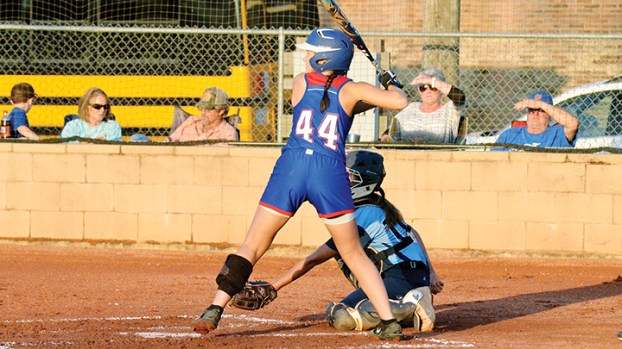 When The Daily Leader’s 2017 All-Area Slow-Pitch Softball Team was published last week, the story was incomplete. Three great players from Bogue Chitto’s Lady Bobcats squad were inadvertently left off the list. This story includes the complete All-Area team, with three players each from the five schools in The Daily Leader’s coverage area.

After a 2017 slow-pitch season in which she ran up outrageous statistics, Lawrence County’s Maddux Kirkland has been named the Most Valuable Player on The Daily Leader’s 2017 All-Area Slow-Pitch Softball Team.

During the season, Kirkland batted .685, knocking in 65 runs and sending 20 balls over the fence. She had an on-base percentage of .710, and a deadly .974 fielding percentage from her position at left field.

Her performance helped the Cougars go 27-4 before losing in the third round of the MHSAA slow-pitch playoffs to Newton County.

Two other Lady Cougars have been named to The Daily Leader’s slow-pitch dream team.

Sophomore Sydney Pevey batted .575 during the season, with an on-base percentage of .600. She smacked 50 RBIs and 12 homers, and recorded a .956 fielding percentage.

Senior Kaitlin Wallace batted .545 with an on-base percentage of .570. She batted in 61 runners, gave flight to 14 homeruns and recorded a .964 fielding percentage.

Senior Lineka Newson led the way for the Lady Bobcats with a .567 batting average. She popped 30 singles, five double, a triple and two homers along the way, batting in 21 runs.

Junior Karly Leake batted .521 with 26 singles, seven doubles, four triples and one outside the park, leading the team in doubles and triples. She batted in 20 runs. Senior Reagan Kirkland was also strong for Bogue Chitto, hitting .493 with 29 singles, four doubles and two homers. She led the team in runs batted in with 23.

Three Lady Panthers from Ole Brook are on the newspaper’s team. Junior Kat Wallace batted .451 with 10 doubles and three homeruns and played her first year at shortstop after transitioning from the other side of second base.

Senior Jadeyn Fuller batted .370 and played a couple of positions in the infield, and senior Rileigh Allen batted .321 and launched two homers. She also served as Brookhaven’s slow pitcher.

The Lady Cobras did the most damage in slow-pitch during the fall, advancing to the state semi-finals before falling in a pair of high-scoring games to the same nemesis that knocked out Lawrence County — Newton County.

The Daily Leader’s own Kristi Carney went out to check the cows on Wednesday afternoon, not expecting much in the... read more