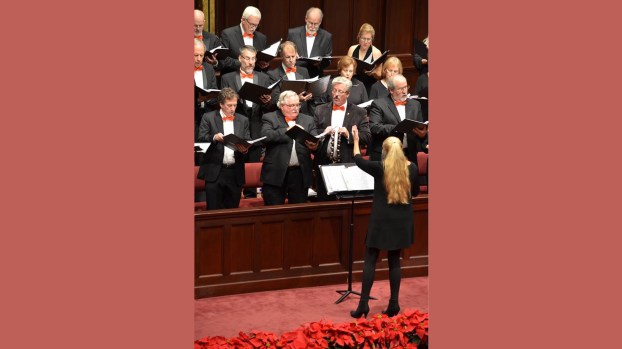 The Lincoln County Choral Society and Mississippi School of the Arts will head to Manhattan next month to take part in a special presentation at one of America’s greatest concert venues — Carnegie Hall.

Distinguished Concerts International New York — responsible for many of the country’s finest musical performances — will produce the event, and Mississippi native Jamie Meaders will serve as conductor.

Twelve representatives of the LCCS and several MSA vocal students will join a choir of several hundred singers from across the United States to perform Mozart and Duruflé’s much-loved Requiems on Feb. 19.

“It’s great to have those more mature, grownup voices thrown into the mix with the students,” MSA Director of Vocal Music Patton Rice said.

Rice has performed in Carnegie Hall several times, as part of a group and as a soloist, and he said the building’s acoustics are absolutely matchless.

“Obviously, it’s exciting to perform in Carnegie Hall,” he said. “And, acoustically, it’s as close to perfect as any venue in the Western Hemisphere.”

“They open a pair of giant double doors and you step onstage,” he said. “When you stare out over the audience, it’s like looking onto an ocean liner filled with people.”

Rice is responsible for preparing both the LCCS singers and his MSA pupils for the upcoming show. The concert — entitled “Perpetual Light” — marks the seventh time the school’s students have received an invitation to perform in New York.

“Classical music, like Mozart’s Requiem, is the basis for what we do,” he said. “Everything we hear is based on something that came before, and these major works are engrained in our culture.”

In conjunction with being a professional vocalist, Rice remains an active member of the LCCS — a local organization for the singers of “serious music.” According to Libby Hewitt, the club’s treasurer and secretary, it boasts an enrollment of roughly 50 performers, and new members are welcome year round.

“We don’t hold tryouts,” she said. “If you can commit, come to rehearsals and sing your part, we’d love to have you.”

The club hosts two local concerts per year, one at Christmastime and another in spring/summer. The money raised through ticket sales goes towards expanding the LCCS musical library and pays for the orchestral accompaniments required for some of the organization’s live performances.

For more information on LCCS events or to make a private donation to the club, contact Hewitt at cheflibbyj@icloud.com.

For more information on how to make an endowment, go to www.msabrookhaven.org/support/msa-foundation.

“By contributing to local musicianship, you improve the quality of what’s at your disposal for entertainment and edification,” Rice said.

A free press is critical to America

This is the first in a series of stories about protections guaranteed by the First Amendment. U.S. Supreme Court Justice... read more