The month of January has been a particularly busy one for state lawmakers.

The House of Representatives has punted several potentially impressive pieces of legislation to the Senate, and longstanding public concerns, like roads and bridges, seem to be receiving congressional attention.

But Bobby Moak — the Chairman of the Democratic Party in Mississippi — is calling foul. The Bogue Chitto resident believes the current legislative session, for the most part, represents business as usual.

“There are very few Republicans who leave the party line when it comes to votes,” he said.

Like many state Democrats, Moak disagrees with the Republican Party’s Mississippi agenda. He said issues like taxes and industry have overshadowed the public good for too long.

“What those lockstep Republican votes have done is shortchange education, cut almost 10,000 state jobs and, from what it appears, cut nearly $1 billion from state agencies,” he said.

According to Moak, state revenue is being shunted away from public services to help fund tax incentives for big business. As a result, local government has been compelled to pick up the financial slack.

“Our supervisors and cities have been forced to raise money to make up for the tax breaks being given to large corporations,” he said.

A recent study conducted by the Mississippi Secretary of State’s Office indicated most business owners want a better-educated workforce, but Moak said the state will continue to see a shortage of college graduates as long as the Legislature keeps public education on the backburner.

“We’ve been shortchanging education for a generation,” he said. “Furthermore, we don’t have the population in many areas of the state to accommodate large businesses.”

Moak believes Mississippi is suffering from a “brain drain,” with the state’s brightest minds relocating elsewhere. He credits this exodus to the general lack of professional opportunity available to people with college degrees in Mississippi.

“My Republican friends are touting the lowest unemployment numbers in 30 years,” Moak said. “Well, they didn’t tell you that people have stopped looking for work. We still have less jobs in the Mississippi economy than we did at the 2007 recession.”

Longterm, he hopes Republican legislators will develop the political courage to redirect revenue back into education and stop funding superfluous tax breaks for large corporations.

“When they do that, our roads, bridges and local services get much better,” he said. 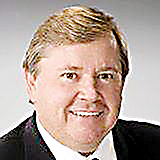 Aubrey Chance is a 23-year-old businessman, an active philanthropist and a person worth getting to know. Happily single, Chance maintains... read more