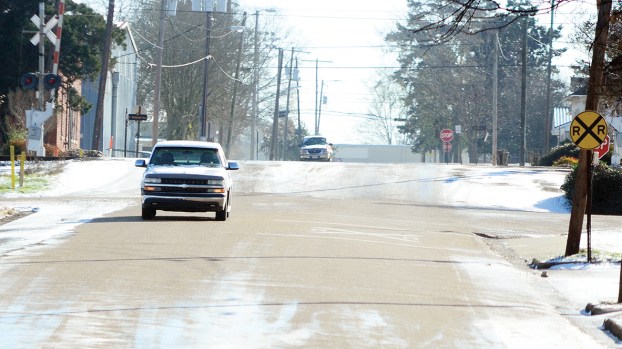 A hard freeze warning will remain in effect until noon Thursday, which forced the cancellation of classes at many area schools and prompted officials to urge motorists to stay off roads if possible.

School district officials for Brookhaven and Lincoln, Lawrence  and Copiah counties canceled classes for a third day because of the inclement weather. Brookhaven Academy will start class at 10 a.m. Mississippi School of the Arts will be on a regular schedule Thursday.

Copiah-Lincoln Community College will open all campuses for classes and offices at 9:30 a.m. Classes at 8 a.m. are canceled.

“Many of the roads that we must use to transport students, either by bus or private vehicles, remain treacherous during this extended period of sub-freezing temps,” he said. “These emergency management officials advise against driving from now until midday tomorrow.”

All extracurricular events will be postponed as well, he said.

Mike Edmonston, a senior meteorologist with the National Weather Service in Jackson, said temperatures could reach the mid-40s, then drop into the lower 20s Friday morning.

He predicts temperatures will be around 70 degrees Sunday afternoon, and Lincoln County could get drenched by Sunday night.

Galey warned drivers to stay off roads Thursday if possible. He said Galey accumulations of snow are melting, “but it’s still slick out there in a lot of spots.”

He said sections of roads shaded by trees will remain frozen longer and create slick patches.

Mississippi Highway Patrol Troop M reported 23 traffic accidents on I-55 in Lincoln County Tuesday. As of 6 p.m. Wednesday, they answered calls for another 17, said Cpl. Brandon Fortenberry. Thirty-five vehicles were left on the side of roads and ditches.

Fortenberry said many slide-offs through the district were not reported because drivers would get assistance from other motorists.

Fortenberry said drivers should continue to use extreme caution Thursday as temperatures begin to warm and ice melts.

“All drivers should be aware that the more rural highways and two-lane roads will have substantial amount of ice on them. Never get comfortable, and drive half the normal speed limit,” he said.

Southern Pine, Magnolia Electric and Southwest Electric earlier Wednesday were experiencing a shortage of electricity due to increased usage from the low temperatures. Customers were asked to reduce their electricity use by lowering the thermostat and turning off lighting, appliances and electronics. The alert was lifted later in the day.

Cold weather causes plenty of difficulties for homeowners, but no problem is trickier in frigid temperatures than fixing a frozen... read more