Hunter Posey is a small town guy with some serious work ethic.

He graduated from Brookhaven Academy in 2004, and spent two years playing baseball at Copiah-Lincoln Community College in Wesson before earning a business degree from Mississippi State University.

He met his wife, Kristen, while pursuing a master’s degree in public administration at Belhaven University in Jackson.

“My wife is from Kentucky,” Posey said. “While I was at Belhaven, she was in school at the University of Mississippi Medical Center.”

The Poseys live in Union Church, and they are the proud parents of a 2-year-old daughter named Neely and a 1-year-old son named Charlie.

The business is a multi-line insurance agency. Posey described his company as a “total solution for all your insurance and real estate needs.”

“I got involved in real estate, because it’s something my family has done for generations,” he said. 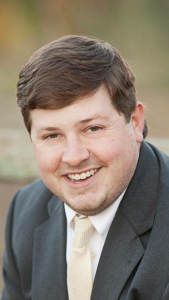 Sally Doty is throwing her hat into the ring. The Republican state senator from Brookhaven plans to file Monday to... read more