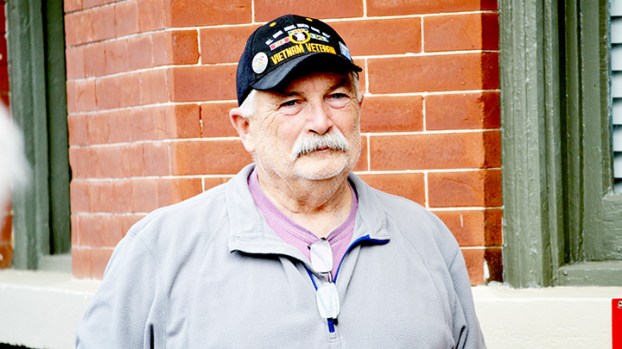 When a Maine transplant stopped in the Brookhaven Dairy Queen for a quick bite to eat, he didn’t know a Southern belle working there would sweep him off his feet.

Hervey and Sonya Littlefield have been married 23 years and he’s called Bogue Chitto home for 17 of those.

Littlefield, 70, came to Mississippi in 1986 as a contractor with a phone company. He spent 32 years involved with fiber optics, and 38 years in the telephone industry.

The Vietnam veteran is actively involved in several organizations. He’s a life member of Vietnam Veterans of America and VFW Post 2618, and he’s involved with Brookhaven American Legion Post 12 and the Patriot Guard Riders.

He holds a general license as a ham radio operator in the Southwest Mississippi Amateur Radio Club. He can be found at KG5LEV.

He combines his love for woodworking with his passion for motorcycles and history by participating in the Trail of Honor.

Each May, the Jackson Harley Davidson dealership closes to host the Trail of Honor, a living history demonstration.

Motorcycle riders turned a pit stop on the Run for the Wall ride into a three-day event staffed by more than 300 volunteers.

The event features historically accurate demonstrations of military life in a walking trail featuring presentations from the French-Indian War to the current operations in Iraq and Afghanistan.

Littlefield, who joined the organization that sponsors the event in 2011, has been busy helping to rebuild many of the displays that dot the five-acre lot each May.

“We’ve got displays for all of the wars,” he said.

Littlefield rides a 2013 Harley Davidson Ultra, and takes great pride in being a part of the Patriot Guard to ensure “dignity and respect at memorial services honoring fallen military heroes, first responders and honorably discharged veterans” and “those who risk their very lives for America’s freedoms,” he said.