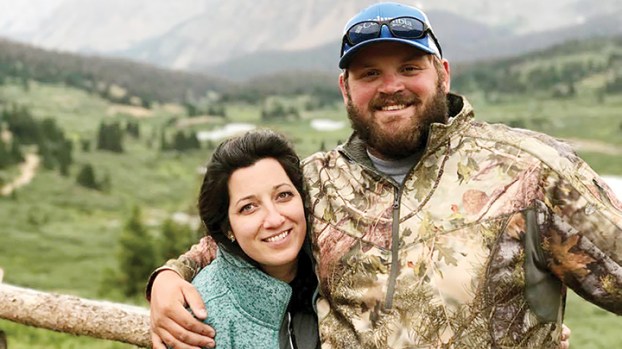 He is the son of Eric and Kimberly Sisco.

The bride-elect is granddaughter of Elvira Silva of Ft. Collins, Colorado; Antionette Madone of Canon City, Colorado; the late Manuel Silva; and the late Anthony Madone.

Miss Madone is a 2007 graduate of Canon City High School and a 2012 graduate of Northeaster Junior College with a degree in biology.

She is employed at Diana’s Pumpkin Patch.

The prospective groom is the grandson of James and Martha Dillon of Summit; Robert and Lanelle Wusterbarth of Summit; Frances Sisco of Bogue Chitto; and the late Barney Sisco.

Mr. Sisco is a 2009 graduate of Canon City High School and a 2013 graduate of Trinidad State Junior College with a degree in utility lineman.

He is employed as a journeyman with Black Hills Electric.

The couple will exchange vows on Wednesday, Feb. 21, 2018, at the Grand Floridian at Walt Disney World, Orlando, Florida. A reception will be held in Summit in April for family and friends.

David and Amanda Jordan were united in matrimony in a private ceremony by Rev. Van Windom at West McComb Baptist... read more