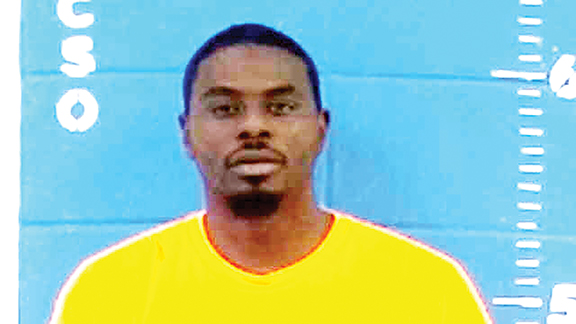 A Brookhaven man wanted on a probation violation with the Mississippi Department of Corrections has been arrested on several drug charges.

MDOC said Jenkins, who wore an ankle bracelet as part of his parole requirements, had “absconded supervision” by affecting the usefulness of the monitoring device.

BPD and SW Narcotics found Jenkins and placed him under surveillance Friday afternoon. He was soon arrested at 321 A East Congress St., which is located near Brookhaven High School.

Collins said law enforcement officers recovered 3 4-Methylenedioxymethamphetamine, called MDMA, or ecstasy, crack cocaine and marijuana from Jenkin’s vehicle and charged him with three counts of possession of controlled substance with the intent to distribute within 1,500 feet of a school.

A Jayess pastor who raises beagles for competition rabbit hunting posted on his Facebook page a photo of five dead... read more