There was a time when the train depot was in the heart of downtown Brookhaven. Rail passengers waiting on trains could easily grab a bite to eat or do a little shopping — everything was in walking distance.

But when the train station moved a few hundred yards away, it made that more difficult. The fact that no walkway connects the station to downtown makes it almost impossible.

City officials hope to change that. Aldermen this week voted to apply for a MDOT grant that would help pay for a walkway that would connect the station to downtown. MDOT’s grant would cover about $200,000 and the city would have to come up with $73,000.

The idea is to construct a lighted, landscaped walkway from the Godbold Transportation Center to the corner of East Monticello Street and North Railroad Avenue. The proposal includes painted crosswalks and handicap-access ramps.

The project would go a long way toward improving the area between the station and downtown, and we support the effort.

But it will take more than a walkway to overhaul the area. Work will need to be done to clean up the former Brookhaven Outreach Ministries building before rail passengers are enticed to take a stroll from the station to downtown. There are a couple other locations along the route of the proposed walkway that could use some cleaning up, including the city-owned building near the corner of Railroad and Monticello.

Hopefully, the city’s walkway grant will be approved and the project will kick-start an effort to rehab this section of downtown. 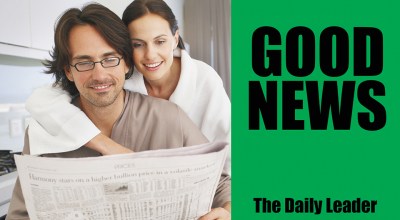 Learn from the past, forge a new future