Now the Mississippi Buraeu of Narcotics and other agencies are looking for someone who knows where they can find Adrian Reed.

Reed, 38, of 300 Marr St., was not home around 2:30 p.m. Thursday when MBN and officers with Brookhaven Police Department and Southwest MS Narcotics Task Force executed a search warrant at his residence. They  found drugs and weapons, said MBN Director John Dowdy.

A family member of Reed’s was home at the time.

Brookhaven Police Chief Kenneth Collins said officers seized 147 grams of cocaine worth about $4,500, 414 grams of marijuana worth about $2,800, 46 doses of Oxycodone — an opioid painkiller — worth about $230  and three firearms.

Reed faces multiple drug charges, including possession with intent to sell or distribute cocaine, marijuana and oxycodone, as well as possession of a firearm by a convicted felon. In addition, he faces a violation of probation charge, Collins said. 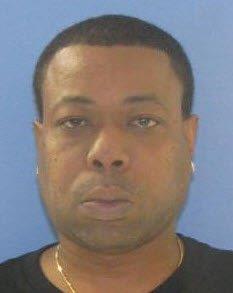