A Brookhaven man suspected of selling opioids, cocaine and marijuana turned himself in to authorities over the weekend.

A warrant for Reed’s arrest was issued Thursday afternoon after agents with the Mississippi Bureau of Narcotics, Brookhaven Police Department and Lincoln County Sheriff’s Department raided Reed’s home and found drugs and weapons.

Reed was not home at the time.

Brookhaven Police Chief Kenneth Collins said officers seized 147 grams of cocaine worth about $4,500, 414 grams of marijuana worth about $2,800, 46 doses of Oxycodone — an opioid painkiller — worth about $230  and three firearms.

Reed faces multiple drug charges, including possession with intent to sell or distribute cocaine, marijuana and oxycodone, as well as possession of a firearm by a convicted felon. In addition, he faces a violation of probation charge, Collins said. 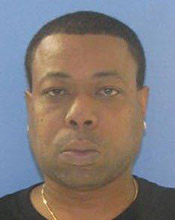