Funeral services for Frank Burkett Smith Jr., of McComb, are today, Feb. 16, 2018, at 11 a.m. at Hartman Jones Funeral Home in McComb with burial at Hollywood Cemetery. Dr. Jim Porter will officiate the services.

Mr. Smith, 77, died Tuesday, Feb. 13, 2018, at his residence. He was born May 15, 1940, in Bogue Chitto, to Frank B. Smith Sr. and Naomi Chapman Smith. He was a member of Centenary United Methodist Church. He was a US Army veteran, 101st Airborne, and he received a Purple Heart. He was a devoted Shriner with the Wahabi Temple. He worked with Imperial Motors in McComb, and was a Pike County Sheriff deputy and also a McComb police officer. He also worked for Mississippi Power and Light for over 30 years.  He loved antiques, westerns, Elvis and his wife’s cooking.  He was a fun loving gentleman and a friend to those who knew him.

He is preceded in death by his parents; spouse, Alice Jane Smith; brother, Herman Smith; two sisters, an infant and Mildred Smith.

He is survived by his son and daughter-in-law, Frank B. Smith III and Bridget, of Hattiesburg; two daughters and a son-in-law, Kimberly Smith, of McComb, and Candice McDaniel and Kevin, of Selmer, Tennessee; sister, Ann Durham, of Bogue Chitto; one grandson, Frank B. Smith IV; special friends, Missy Hancock, Roger and Wanzie Hart, John Ott, Gerald Lawrence and Mark Shepherd; along with numerous other relatives and friends.

Memorial donations may be made to the Shriner’s in Frank Burkett Smith Jr.’s name. 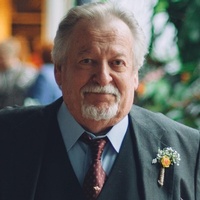