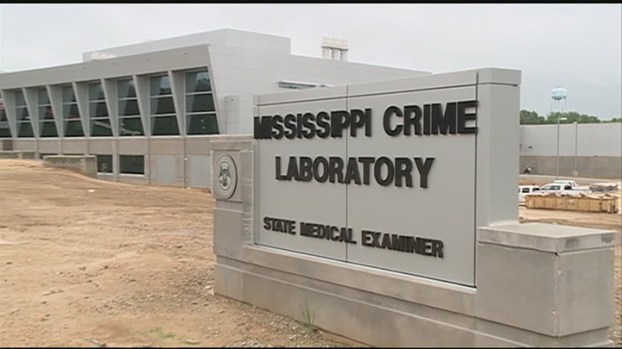 District Attorney Dee Bates believes the justice system could stop in Lincoln County if the Mississippi Crime Lab does not get full funding.

The state crime lab has only three overworked medical examiners on staff. Dr. Lisa Funte recently left to take a job in Maine. Dr. J. Brently Davis is leaving in April. That leaves Chief Medical Examiner Mark LeVaughn handling the caseload, which Bates said is the worst in the nation.

The mission of the medical examiner’s office is to ensure that all deaths affecting the public interest are properly investigated, and reported. This includes homicides, suicides, accidents, child deaths, in-custody deaths, workplace deaths, and unexplained deaths.  The state medical examiners are responsible for performing postmortem examinations, as requested by  the coroner of the county where the death occurred, in order to determine the cause of death and manner of death of their patient.

According to the Department of Public Safety’s website, approximately 1,450 autopsies are performed at the state medical examiner’s office per year.

The shortage of manpower in that office affects Lincoln County’s justice system frequently, Bates said. Homicide cases are on hold as investigators wait for reports from autopsies performed months, even a year, ago.

If LeVaughn leaves, justice shuts down throughout the state.

“The entire justice system dealing with death stops. It just stops,” he said. “It needs to be funded. We have to have that.”

He said that autopsies are completed as quickly as possible, but it’s the reports that take time.

“They have an unbelievable case load. It is the worse in the nation,” he said. “They’re trying to get the bodies examined and out as quickly as they can, but there’s no time to do the paperwork. It has a direct effect upon us.”

The delay in the medical examiner’s office has stalled several possible indictments and trials in Lincoln County. Because of the caseload, Willie Cory Godbolt has not yet been presented to a grand jury. Godbolt is charged with eight counts of murder from May 2017.

“I have to send out another letter to the victims’ families of the Godbolt case saying this is where we’re out. I need to present the case.

“As soon as he’s indicted the defense is going to want all of it also and they’re entitled to everything. That is the responsibility of the State of Mississippi that we provide everything that there is to the defense, be it evidence that can prove their guilt, or exculpatory evidence — evidence that proves that they very well could be innocent. Our job is not necessarily to convict individuals, it is to try to find the truth and that is what we’re going to do.”

He said that medical examiners not only determine the cause and manner of death, they must be able to testify to that as well.

“They actually have to come and testify also and they’re vigorously attacked and they have to be able to articulate to a jury. It’s not only being able to do the examination but also being able to communicate to a jury,” he said.

As of April it will be just one.

Bates will need to schedule Funte to return to Mississippi if he gets an indictment against Godbolt.

“Actually she’s involved with a couple of the homicides with the Godbolt case. She’ll be in Maine,” he said.

They’ll have to bring her from Maine at the county’s expense.

“And it can’t conflict with Maine and her new job,” he said.

The inadequate funding causes the cost to trickle down to the local level, where counties house inmates waiting for trials.

It can sometimes take a year to get to the trial.

“That’s a year that the individual is sitting in jail and the county has to pay for it, plus medical expenses and stuff. We’re losing money,” Bates said.

When a trial does get scheduled, it takes some juggling to get all the players in place.

“We have to negotiate the days we actually have him, or her,” Bates said. “One of the problems you have is you’re unable to have your expert to be able to come and testify because they’re wanted in Tunica or in Tupelo, or Lee County. If he’s testifying in Lee County, I have a murder case here. I have to coordinate getting him from up there to down here. A lot of times you plea bargain based on that just to get the case resolved.”

He would like to see eight medical examiners on staff, but are looking to the legislature to fund at least six.

We are deep in the midst of Black History Month, and Alpha Kappa Alpha is holding its yearly quiz bowl... read more