(AP) — Mississippi has a bright-lights-big-city problem, with a significant numbers of college graduates earning their degrees in this mostly rural state and then departing for bigger paychecks and expanded cultural opportunities in Atlanta, Dallas, Nashville and beyond.

Not everybody packs the car and heads out once they have a diploma in hand. But brain drain is common enough that some policymakers are starting to recognize it as a long-term problem for the economic well-being of Mississippi, which has long been one of the poorest states in the nation.

House Bill 1550 passed the House with broad bipartisan support last week. It offers tax breaks to people who earn bachelor’s degrees or professional degrees and then either stay in Mississippi, or move into the state, to work. If the bill becomes law, grads could essentially skip paying state income tax for three years. The breaks could extend two more years if those people buy real estate, start a business that employs at least two people or work as K-12 teachers.

“We’re hoping this will entice some of our best and brightest to stay here,” Republican Rep. Trey Lamar of Senatobia, one of the bill’s authors, told his House colleagues during a debate.

Promoters say the idea is to keep or attract college grads in the hopes that they will put down roots in Mississippi and maybe start their families. A relatively short-term hit to state tax revenue could turn into a long-term gain if people settle in for the long term and keep earning in Mississippi, paying their income taxes once the breaks expire.

Democratic Rep. Adrienne Wooten of Jackson, who is an attorney, asked Lamar why the tax breaks should be limited to recent college graduates. Specifically, she said: “I’m curious why I’m not getting the tax exemption. … I’m tired of paying Uncle Same like the next person.”

Others in the chamber probably shared that sentiment — and the question is likely to arise in other discussions about the bill, both inside and outside the Capitol.

Another valid question: Why not offer the tax breaks to people who earn degrees from community colleges but don’t pursue or complete a four-year degree? Plenty of people with two-year degrees might be tempted to move out of state to earn more money. Aren’t they also in the “best and brightest” category?

The bill passed the House 118-0, and moves to the Senate for more consideration.

Only slightly more than half of the people who graduate from Mississippi’s eight public universities are still working in the state five years after they graduate, according to a report prepared for the state College Board in 2016. Those most likely to leave were in engineering, math and physical sciences, where paychecks are likely to be larger.

Republican Lt. Gov. Tate Reeves, who presides over the Senate, contends the retention numbers for grads are not as bad as they look. He says many students come from other states to attend college in Mississippi and they could be returning home once they earn their degrees.

Mississippi’s population is about 2.98 million, but figures released by the Census Bureau in December showed that the state has lost population three years in a row. From July 2016 to July 2017, the net decrease was about 1,300 people. There were about 6,500 more births than deaths in Mississippi during that year, but about 8,000 people moved to other places. West Virginia and Illinois were the only states that have lost population for more consecutive years than Mississippi. 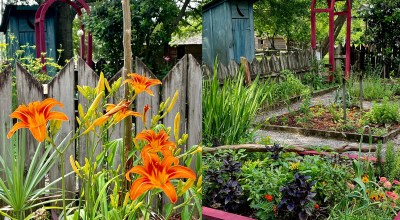