A memorial service for Thomas “Tom” A. Smith, of Summit, will be Wednesday, Feb. 21, 2018 at 2 p.m. at Hartman-Jones Funeral Home, of McComb. Dr. David Millican will officiate. Burial will follow in Hollywood Cemetery.

Mr. Smith, 80, was born July 7, 1937 in Pike County to Perry Smith and Ruth Farnham Smith.  He was a member of First Baptist Church Summit.  After attending McComb High School, he joined the US Navy where he served as operator of Captain’s gig attached to the USS Cacapon.  When he was discharged in 1959, he returned home to marry his high school sweetheart, Vivian Hodo.

Mr. Smith worked for Larue Boyd Electrical service as an electrician for several years. In 1985, he became an electrical contractor and built Tom Smith Electrical Service, which he owned and operated from 1985 until his retirement in 2001. His retirement years where filled with many adventures. Some of these consisted of traveling the country with his loving wife, hunting and fishing with family and friends along with gardening. The greatest of these adventures was being with his wife and watching his children and grandchildren grow. Mr. Smith was loved by many, but it will never compare to the love he had for his family. He will be greatly missed, but as he always said, “I’m going to the happy hunting ground.”

He is preceded in death by his parents, two brothers, Jimmy Smith and Maylon Smith; two sisters, Bonita Lejeune and Irene O’Neal; and two nephews, Robbie Bearden and Bruce Harris.

In lieu of flowers donations may be made to a charity of your choice. 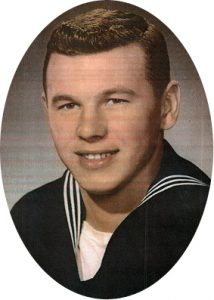