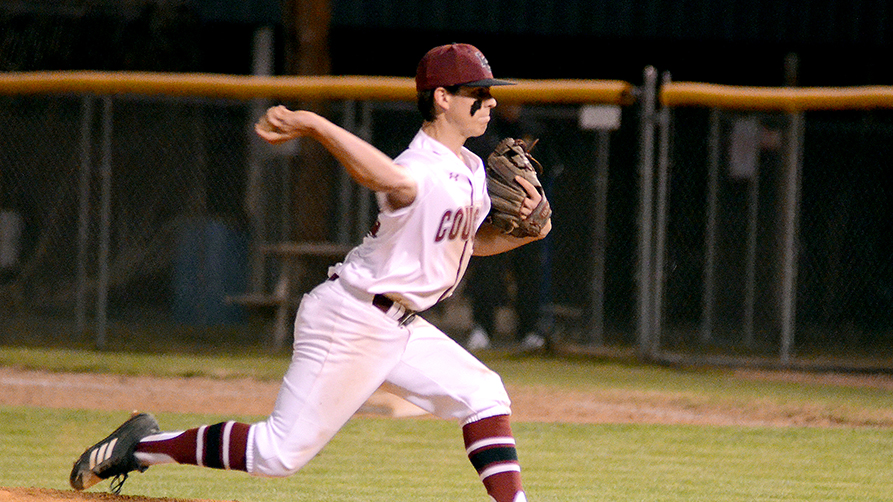 The Cougars’ bats just didn’t want to warm up. Lawrence County tallied three hits compared to Sumrall’s 12. The Sumrall Bobcats jumped out early in the game and never looked back. A huge fifth inning, where the Cats scored eight runs, put the game out of reach for Lawrence County.

“It wasn’t a pretty game,” said Lawrence County coach Andrew Haygood. “We’ll be ready to go at it tomorrow.”

Lawrence County threatened to take over the game, loading the bases with two outs, but Sumrall got the needed out to stay in front.

The score remained 4-2, Sumrall’s favor, until the top half of the fifth, when the Cats exploded for eight runs.

Sumrall’s Garrett Robbins started the hurt with an RBI single. Morgan followed with an RBI double. Zane Berry brought in two runs on a hard-hit single.

Story also brought in two runs on a single. Hunter Barrett finished the hurt for the Cats on a RBI single, before the Cougars got the final out.

Needing one run to force a sixth inning, Lawrence County was unable to get on base as Sumrall’s defense prevented any Cougars from reaching first base. Sumrall won 12-2 in five innings.

Hudson had two singles and an RBI for Lawrence County. Daley finished the hitting for the Cougars with a single and an RBI.

Lawrence County faced off against Sumrall for the final game of the series Thursday night after the newspaper went to press.