He was a 1958 graduate of the University of Southern Mississippi. Upon graduation, he joined his father’s business, Jack’s Shop, and married his high school sweetheart, Shirley Lytle Piper. He continued in the family retail business, operating stores in Jackson and Hattiesburg before returning to Brookhaven to join his father in the Brookhaven store.

He was retired from First Choice Medical Supply as CEO, where he had been employed for 20 years.

Mr. Piper was a faithful member of the First United Methodist Church. He served as president of United Methodist Men several terms,  chairman of the administration board, chairman of the pastor-parish relations committee, and participated in many areas of the church’s programs including Habitat for Humanity, The Doug Sullivan Community Thanksgiving Luncheon and various other projects and committees.

An Eagle Scout and a recipient of the Boy Scout’s God and Country Award, Mr. Piper supported his community enthusiastically. He was an eight-year veteran of the Mississippi Air National Guard, was a member of the Brookhaven-Lincoln County Chamber of Commerce, served 12 years on the city board as Ward 4 alderman, was a member of the Rotary Club, the Exchange Club and the Kiwanis Club.

He was preceded in death by his parents, John Charles Piper Sr. and Mildred Young Piper.

In lieu of flowers, donations may be made to First United Methodist Church’s Good Samaritan Fund, P.O. Box 358, Brookhaven, MS 39602. 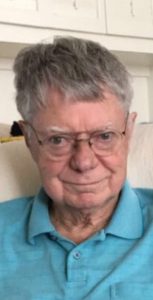 Funeral services for Mary Ella Dearman, of Quitman, formerly of Brookhaven, are Saturday, March 24, 2018, at 3 p.m. at... read more