Workplace harassment is the belittling or threatening behavior directed at an individual employee or group of workers.  It can consist of physical or emotional abuse, sexual discrimination and inappropriate behavior that creates a hostile or offensive work environment. In this day and time one would think that this would be a thing of the past but instead it is on the increase. It happens in businesses, churches, schools, governmental offices, and other organizations. It often goes on for long periods of time unreported.

It can occur between co-workers and peers but most often involves a higher level employee or manager toward a lower-level associate. It also can be toward clients, customers, vendors, contractors and other non-employees. It can include uninvited comments, both verbal and online. Obscene images, pictures, jokes or comments shared with others, spoken words, touching inappropriately, suggestive comments and more can be deemed offensive. It can involve people of the same or opposite sex, even though the majority involve male to female.

The type of harassment most often reported is sexual harassment however actions regarding race, age, religion and gender also cause issues at work and can create a hostile work environment.

How should a person handle unwanted advances from others? Start by telling the person to stop. Don’t allow another person to intimidate you because of his or her position. Threats and intimidation should not be tolerated, regardless of who the perpetrator is or what position they may hold in the company. Report harassment immediately to your human resources department. If it is a small business with no HR person, report it to your manager, unless he/she is the harasser. If that is the case, go to their manager or head of your company.

Take detailed dates, times and nature of all incidents. If the incident is not investigated immediately go to the highest level in the company. The issue with managers is that they are not trained and don’t know the proper way to conduct an investigation. They may also be inclined to dismiss the complaint because of disbelief or a relationship with the accused. When nothing is done the next recourse is to file a complaint with the Equal Employment Opportunity Commission.

The EEOC released a comprehensive study in 2016 that concluded that “anywhere from 25 to 85 percent of women report having experienced sexual  harassment  in the workplace.” It is more prevalent in some industries than others, especially those that are male-dominated. Women in lower-level, low-paying jobs experience high levels of harassment because they do not have the bargaining power to push back.

Many of the recent cases reported in the news, the women did not come forward out of fear of retaliation. This is the main reason for a delayed reporting. When one or a few finally get up the nerve to speak out, then the flood gates open with others who feel there is safety and strength in numbers Also enough time has passed or situations may have changed.

According to a Washington Post survey, 10 percent of men have experienced sexual harassment at work. This is on the increase and with a changing culture around reporting more people are beginning to feel comfortable coming forward.

In most cases when an investigation ensues it is discovered that harassment has been taking place over an extended period of time and to multiple people. It goes unreported because of employees’ fear of losing their job or retaliation. You may not want to “get the person in trouble” but just want it to stop. The harasser will not stop until forced to do so.

Employees have the right of expectation of a harassment free workplace where they can perform at their highest level. It is most important that the business or organization has policies addressing harassment, offers training and that the message from the top communicates that the organization is invested in its employees and their well-being. It is good for business to ensure your company or organization is a safe place to work and one where people are respected and appreciated.

Becky Vaughn-Furlow retired from Trustmark Bank as executive vice president and human resources director. She can be contacted by emailing bvaughnfurlow@gmail.com. 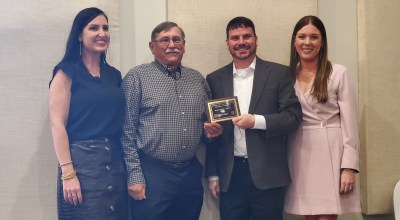 Negotiation skills are advantageous in life