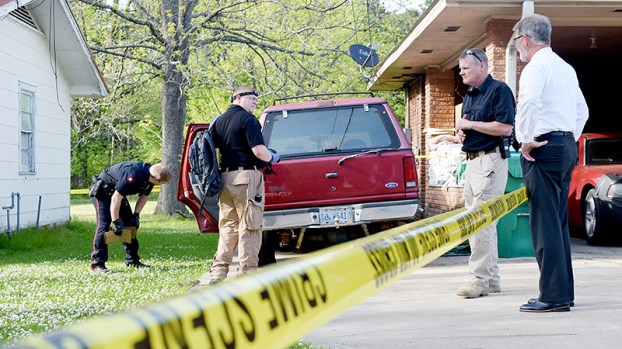 Brookhaven man murdered in his home

A Brookhaven man was murdered in his home early Wednesday morning, and those who knew him have no idea why anyone would want to kill “Uncle Buck.”

Brookhaven Police Department investigators spent Wednesday afternoon combing through the rented home of 58-year-old Harry Adams, who was shot and killed in his bedroom at 312 Industrial Park Road Northeast shortly after 3 a.m. Police Chief Kenneth Collins said the department’s early-morning response to a report of gunshots at the home found nothing wrong, but once the sun came up the original caller noticed a group of bullet holes in the home’s eastern wall and called police again.

“We came back and tried to knock on the door to gain entry. We knew who his niece was, so we called her and she gave us permission to break into the house,” Collins said.

Collins released few details about the ongoing investigation and declined to name the victim, but numerous bystanders and family members identified Adams as the deceased.

“We called him Uncle Buck,” said Dameial Henry, who drove to the scene as soon as her shift at Walmart ended. “He was a good man, and he didn’t bother nobody. He walked across the street (to the gas station) to do his business and then he went back to his house.”

Henry was a distant relative of Adams’ by marriage. She said he loved to fish and raised a worm garden in the yard.

“But the man didn’t have nothing to get. He lived off a Social Security check every month,” she said.

Willie Bledsoe, a cousin of Adams, said he last saw the victim Monday when Bledsoe went to Adams’ house to cut the grass. He said Adams was disabled — a cancer survivor and diabetic — and he checked in on him often to see if he needed help around the house.

“He was a quiet guy. He pretty much kept to himself and stayed there by himself,” Bledsoe said. “He definitely didn’t have nothing to steal.”

Bledsoe said he didn’t know a reason why someone would murder Adams, adding he didn’t believe his cousin was tied into any bad business.

Neighbors described hearing deep, rapid gunshots in the pre-dawn hours, but did not want to be identified.